Of Montreal - Satanic Panic in the Attic | RECORD STORE DAY 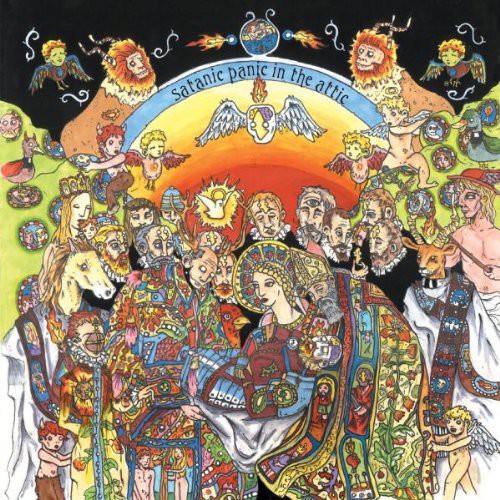 The 6th full-length and first for Polyvinyl from this Athens, GA band is a departure from previsou releases. There's a 70s Afro beat and an 80s new wave influence, and the songs are full of danceable electro hooks.

''Satanic Panic in the Attic'' is the sixth album released by the band Of Montreal. The album, like later albums ''The Sunlandic Twins'' and ''Hissing Fauna, Are You The Destroyer?'', was made almost entirely by Kevin Barnes.

The artwork is done by the singer/songwriter's brother, David Barnes. The cover art is a psychedelic parody of El Greco's The Burial of the Count of Orgaz.