Of Montreal - Hissing Fauna, Are You The Destroyer? | RECORD STORE DAY 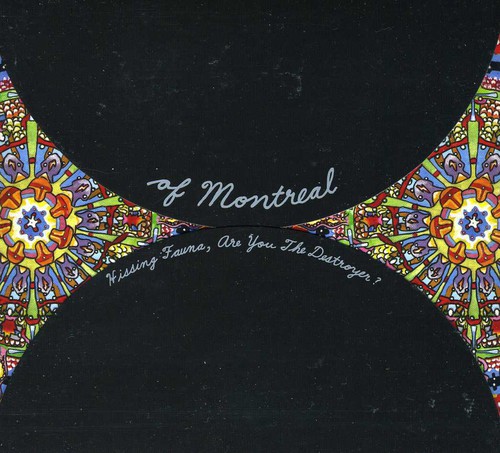 Of Montreal have created a career-defining masterpiece with Hissing Fauna, Are You the Destroyer? It's an irresistible and remarkable album, sounding like a logical extension of the erratic indie-disco sounds of Sunlandic Twins. After 200+ shows in 16 months and Sunlandic Twins sales exceeding 50,000, the sky's the limit for Hissing Fauna.

''Hissing Fauna, Are You the Destroyer?'' is the eighth album from indie pop band Of Montreal. It was released January 23, 2007. The album was written, performed, and recorded by Kevin Barnes, with assistance from friends and family: prominent Elephant Six members Bryan Poole, Jamey Huggins and Heather McIntosh, as well as Barnes' wife Nina Twin, and daughter Alabee Blonde. Credits also feature Georgie Fruit, a glam rock alter-ego of Barnes. - Wikipedia