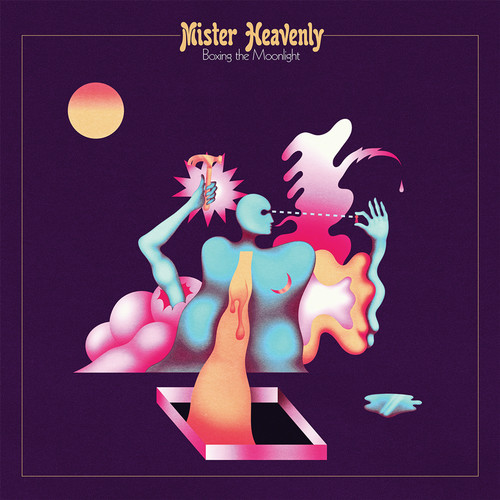 “Supergroup” is a title that gets thrown around a lot, but in the case of Mister Heavenly, it’s well-deserved. The trio consists of Ryan Kattner (aka Honus Honus of Man Man), Nicholas Thorburn (The Unicorns, Islands) and Joe Plummer (The Shins, Cold War Kids, Modest Mouse). Mister Heavenly is set to make its Polyvinyl debut this fall with a brand new full-length, Boxing the Moonlight. The band dabbled in love and affection on their first record, 2011’s Out of Love. This time, however, Mister Heavenly are in a scrappy mood, embracing a tougher sound than their previous effort. We’re always trying to write the perfect little nugget,” Kattner says, that will endure even into the dystopian future that looks more and more likely every day. Or, as he puts it, “When you find that melted jukebox, and that Mister Heavenly record is spinning, you’re going to try your damndest to find a coin to put in it.”