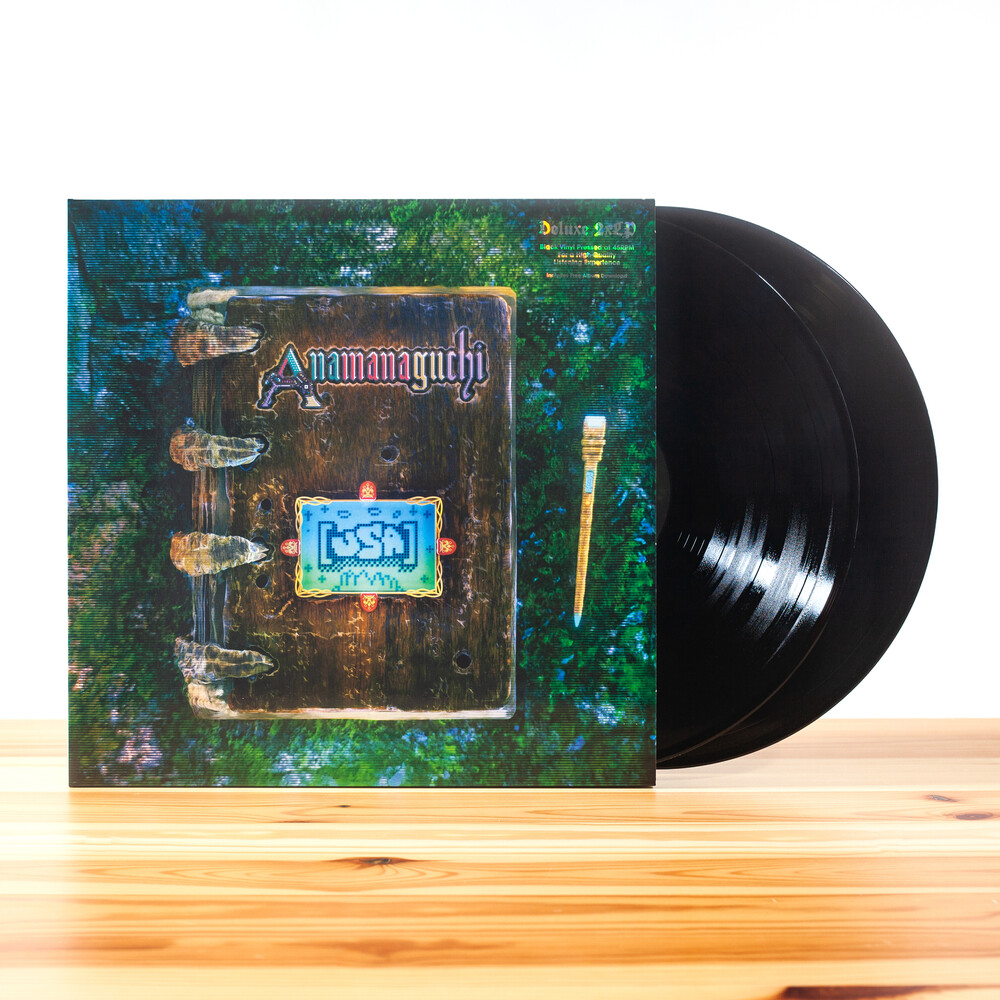 Anamanaguchi is a four-piece band from New York and Los Angeles made up of Peter Berkman, Ary Warnaar, James DeVito, and Luke Silas. They program and perform intensely emotional digital music, and also once sent a slice of pizza into space. Their new album, [USA], will be released on Polyvinyl Record Co. In 2019. Since forming in the mid-2000s, Anamanaguchi have been revered as pioneers in the homemade, video game world of chiptune music: they combine a loud and fast live band with hyper-melodic squarewaves from hacked Nintendo hardware. Their earliest releases have been distributed on NES cartridges you can actually play, and in 2010 they created the official soundtrack to the Scott Pilgrim vs. The World game. In 2013, Anamanaguchi self-released the Endless Fantasy album backed by an out-of-control Kickstarter campaign that brought in $275,000, more than five times their goal. In 2016, they parodied corporate gaming culture by making a free game, including an original full-length soundtrack, titled Capsule Silence XXIV. Recently, they've collaborated on a single with the computer-generated Japanese pop star Hatsune Miku, and were the first independent artists to perform alongside her hologram on tour.