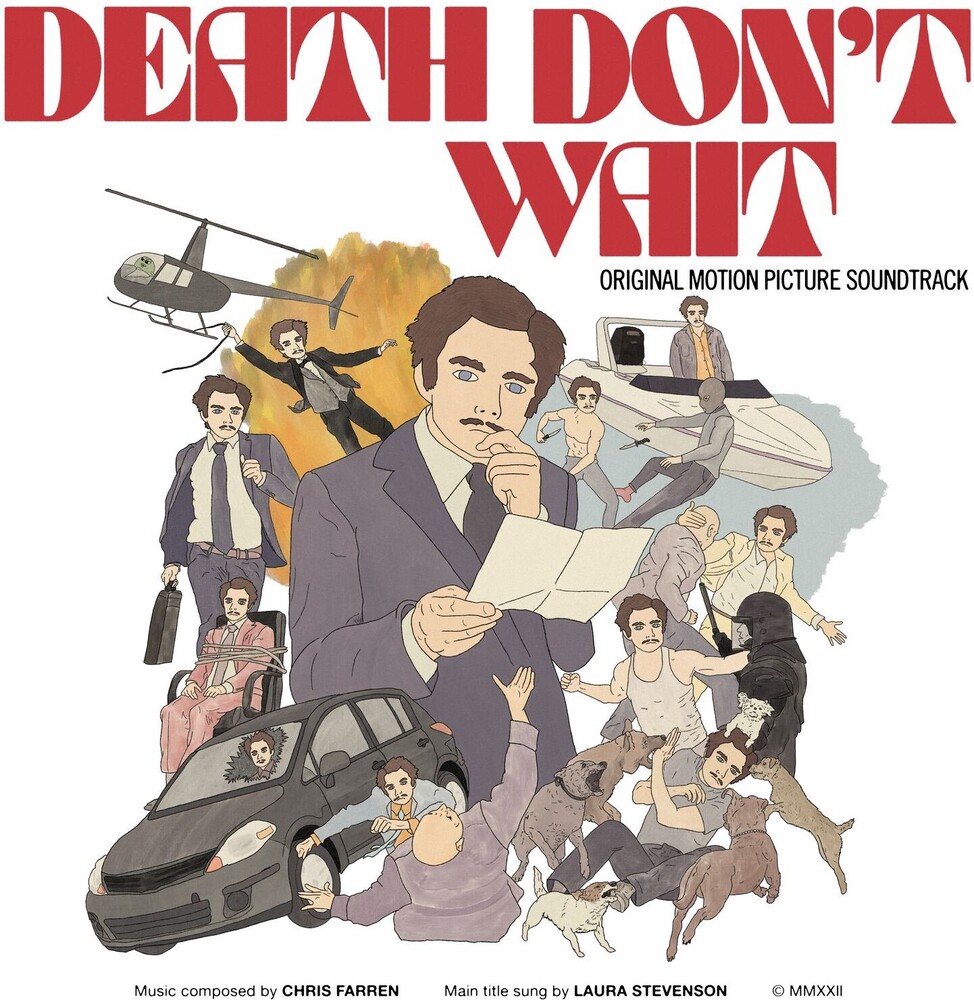 Clear vinyl in a standard LP jacket w/ 12"x12" Insert. With his 2019 sophomore full-length album, Born Hot, Chris Farren paired polished, up-beat pop songs with lyrics full of self-examination and insecurity, all while developing a newfound sense of humor when it came to promoting himself. Stereogum called it "a tongue-in-cheek exploration of ideas of confidence and self-loathing," while The Atlantic featured it on their "Best Albums of 2019" list.Throughout 2021, Farren's restless creative energy led him to fixate on the idea of soundtracking a feature-length film. The only problem was he didn't have a film to work on, so he decided to write for a fake film of his own - after all, Farren has been known to chase a ridiculous idea to the very end. He started studying action movies and their scores for inspiration, specifically thrillers from French, Italian, and American cinema of the 60s and 70s, and of course, a healthy dose of James Bond flicks. The result is Death Don't Wait, the real soundtrack to a Neo-noir action movie that doesn't exist, with tracks that would properly suit the specific moods of helicopter shoot-outs or villain headquarter explosions ("Attacked by Dogs," "Red Wire Blue Wire," "Car Chase!"), yet somehow feels distinct to Farren's own style of indie rock. With contributions from Laura Stevenson (who sings lead on the album's title track), Jeff Rosenstock, Macseal's Frankie Impastato, and AJJ's Mark Glick, Death Don't Wait is a moody, dramatic rollercoaster of an album that simultaneously feels precise and direct - action music that only Chris Farren could dream up. "Farren writes remarkably candid pop-rock songs about self-loathing and depression during which he ceaselessly refers to himself as a monumental failure. But the version of himself that he presents publicly, both onstage and on social media, is that of someone who's tremendously self-absorbed and ludicrously confident." -MTV"Bright-eyed hooks, sparkly orchestration, and tight songwriting seem to simultaneously medicate and celebrate, and he's thoughtful about the line between introspection and selfishness." -The Atlantic