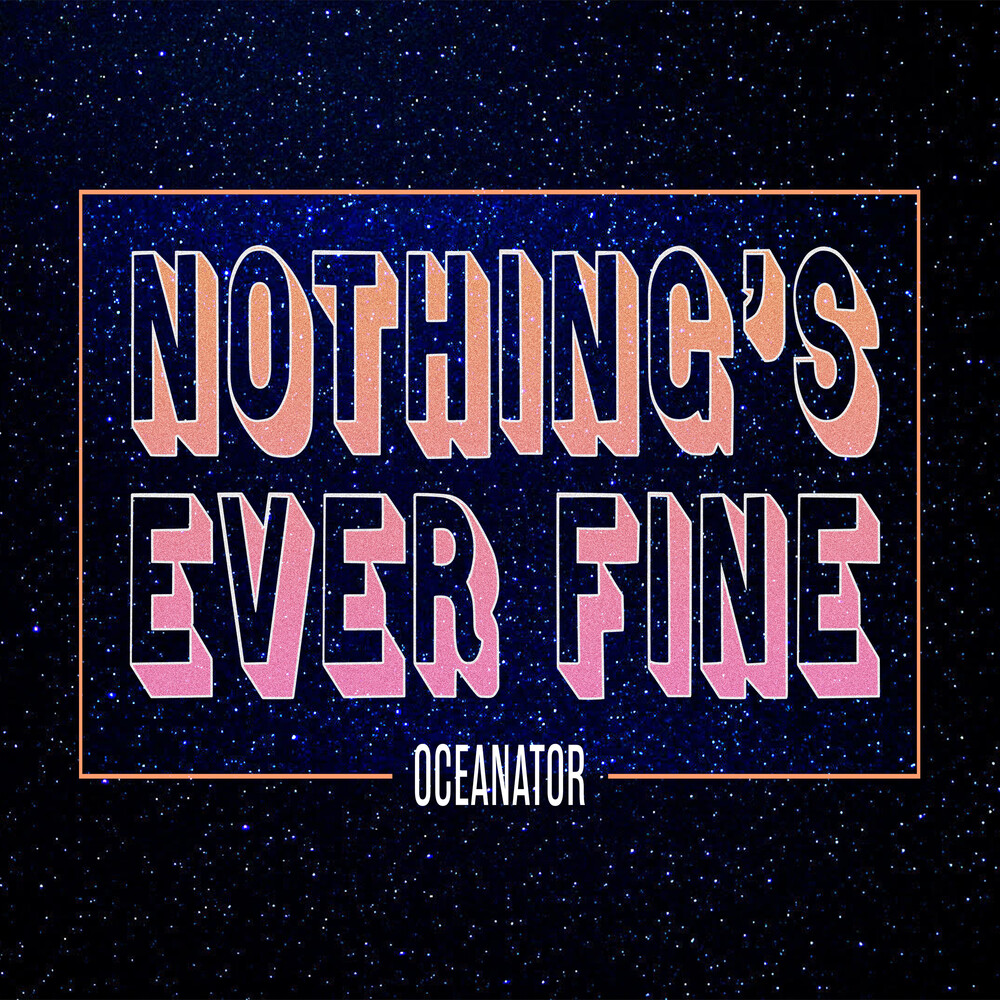 After a handful of cassette releases, including the Lows EP in 2018, Brooklyn's Oceanator released their proper debut album, Things I Never Said, in 2020. The album was a clear portrayal of the immense and growing talents of songwriter / multi-instrumentalist Elise Okusami and was immediately praised in the likes of Noisey, Under The Radar, Stereogum, and SPIN, who featured the band on their "20 Most Interesting New Artists of 2020" list. On the band's sophomore album, Nothing's Ever Fine, Okusami channels her energetic and adventurous writing style she's become synonymous with and delivers a batch of riff-heavy songs that sound bigger and bolder than anything she's done before. Co-produced by Bartees Strange, the album features tracks like "Bad Brain Daze," which finds Okusami enlisting friend and collaborator Jeff Rosenstock for a bouncy saxophone solo, while "Stuck" features heavy distortion and sludgy riffs. Okusami is no stranger to various genres and playing styles. In addition to her numerous US tours with Oceanator sharing bills with the likes of Jeff Rosenstock, Camp Cope, Pedro The Lion and others, she has previously spent time as a touring member of Bachelor (featuring members of Palehound and Jay Som), Vagabon, and Petal. "Elise Okusami has the kind of voice that can silence a room." - SPIN"Things I Never Said is punchy and adventurous, full of genuine grit. Okusami's songwriting is playful, wry, and tough (plus, she knows her way around a hook)." - Bandcamp"'Things' is not just a good debut, but a perfect one. The years of hard work that went into it can be felt, and Okusami's immense talent is breathtaking." - The Alternative