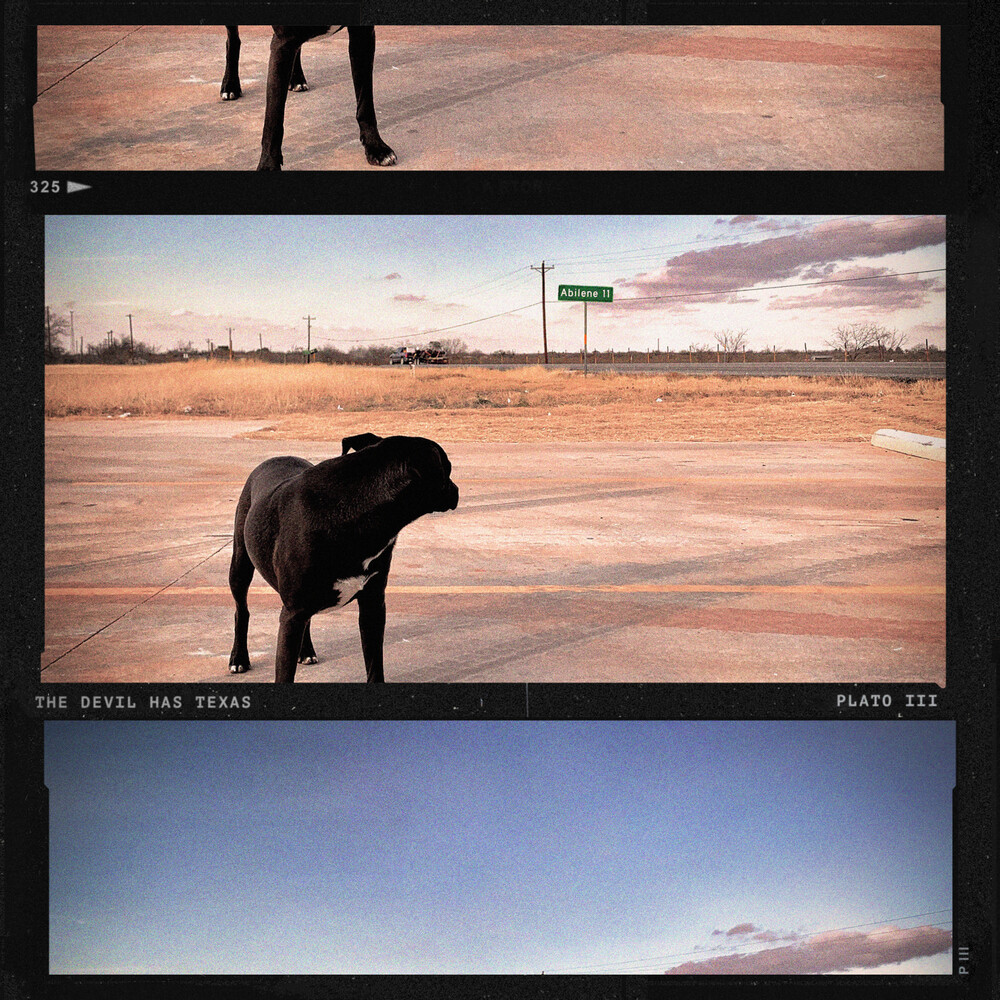 On Plato III's new full-length album, The Devil Has Texas, Ryan Silva returns to his hometown of Abilene, TX to deliver an album full of breathtaking hip-hop anthems infused with stories of his difficult West Texas upbringing. The album is Plato III's first for new label home, Polyvinyl, marking him as the first hip-hop artist to be signed to the label. The Devil Has Texas is Plato's most fully realized offering to date - a guitar-based record that combines Midwest Emo with Conscious Rap to create a sound that answers the question, "What's it like to grow up Black in West Texas?" As the songs began to take shape, Silva reconnected with childhood friend Phillip Odom (Portrayal of Guilt, Militarie Gun), who had been under the tutelage of Grammy-nominated producer Will Yip (Lauryn Hill, Turnstile, Mannequin Pussy), to produce an album that uses their memories of browning crabgrass, desolate skies, and rusted fences as a canvas for Plato's doomed trailer park pipe dreams. The album features a prominent sample from Modest Mouse's "Trailer Trash" and uses Daniel Johnston's "Spirit World Rising" as inspiration for the album's title and sets the tone for it's stunning 10 tracks. Prior to this album, Silva found success with his single "Illuminate," which was featured in the Netflix hit Always Be My Maybe, propelling it to become the #2 most Shazamed song in America.