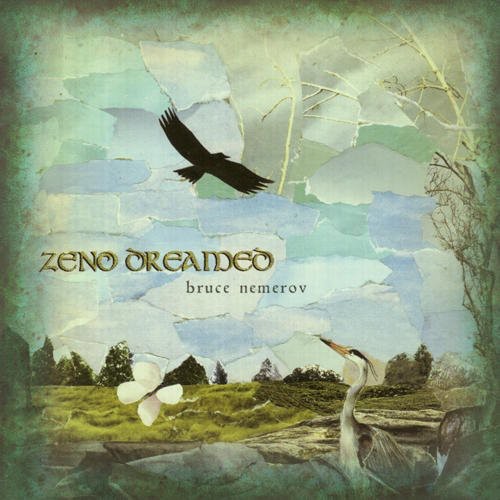 After many years as a sideman, on stage and in recording studios with headliners like Jeannie C. Riley, Bill Monroe, Phil Harris, Vassar Clements, Norman Blake and many others, Bruce has finally stepped out front with his inaugural solo offering, Zeno Dreamed, on the feisty independent label Spring Fed Records. The eleven tracks of original and "recomposed" traditional songs and tunes, including two performances from live radio broadcast, combine with a colorful booklet of stories and song notes to give Zeno Dreamed the narrative of a concept album. The concept? Music in the south, uniquely appealing music, is born of a peculiar mix of cultures and history. To quote Bruce: "Whites and Blacks. And Mexicans and Cubans too. Whoever can play is welcome. Stone hillbilly coal miners and black-as-midnight cotton-pickers will share a 12-string guitar with a Mexican and drink out of the same bottle. Down here, with music at least, it's Mix and Mingle. Stir the Stew. Jumble the Gumbo. " in addition to his history of recording and performing with others, Bruce is a Grammy winning writer, record producer and theatrical music director. He is a cast member, as "Professor Zeno," in the show Riders Radio Theater, starring Riders in the Sky.