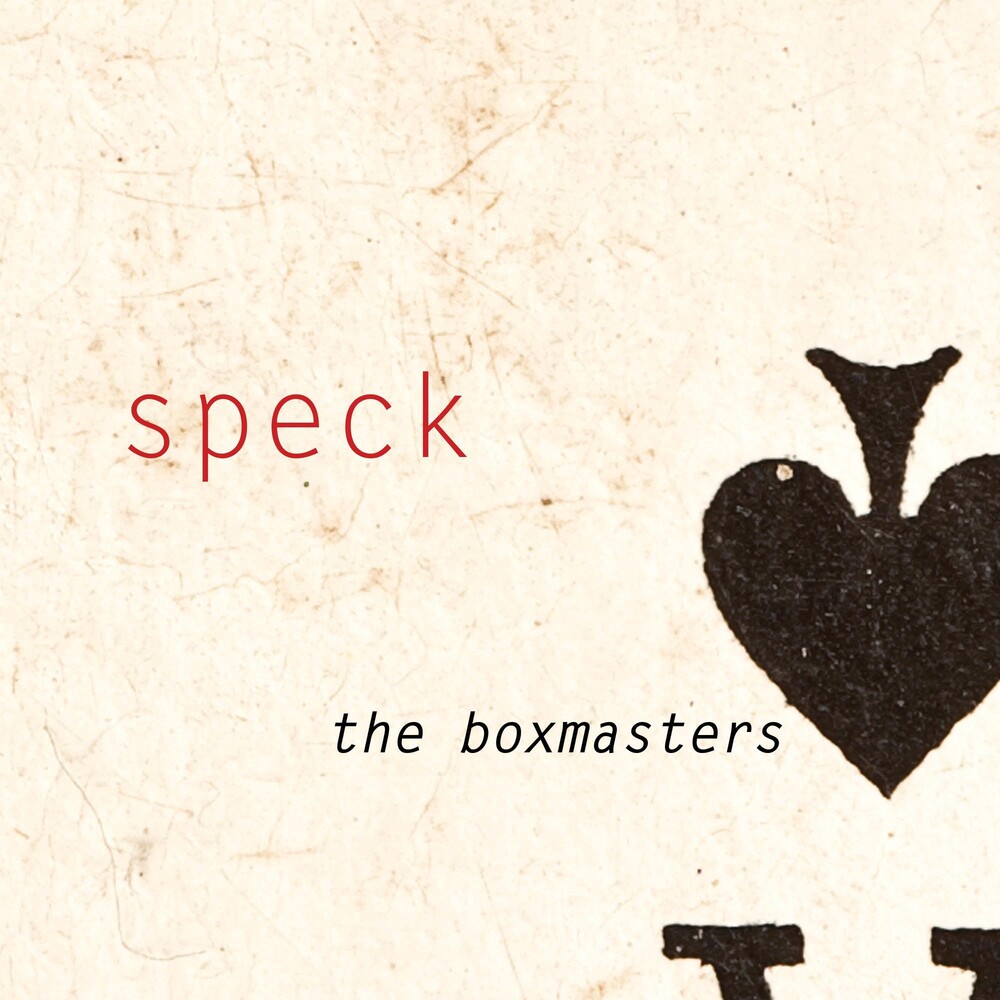 The Boxmasters is a 60s-influenced rock and roll band and the melodic songs on Speck are reminiscent of that era. The album was produced by Geoff Emerick (4X Grammy Award winner; engineer on Beatles albums, Revolver, Sergeant Pepper s Lonely Hearts Club Band, Abbey Road; plus albums by Badfinger, The Zombies, America, and Paul McCartney). The band members are Speck is the 10th album for band members Teddy Andreadis (vocals, keys), J.D. Andrew (vocals, drums), and Bud Thornton (vocals, drums). The eleven songs on the album were written by the band. Sonically Speck touches on all of The Boxmaster s influences, including The Beatles, The Byrds and Big Star but there are new sonic touches as well; ukulele, cardboard boxes and the Beatle s famous tea towels on the drums trick pop up on songs throughout the album. Lyrically it deals with every thing from personal relationships to politics, and social issues . The theme being that we are all specks in this universe trying to navigate it , during trying times in the world we still have our own loves, desires , problems and dreams as individuals, says Bud. We're just little humans. No matter what our standing is in society . 1. I Wanna Go Where You Go 2. Anymore 3. Shut the Devil Up 4. Let the Bleeding Pray 5. Here She Comes 6. Day's Gone 7. Watchin' the Radio 8. Someday 9. Square 10. Speck 11. Somebody to Say