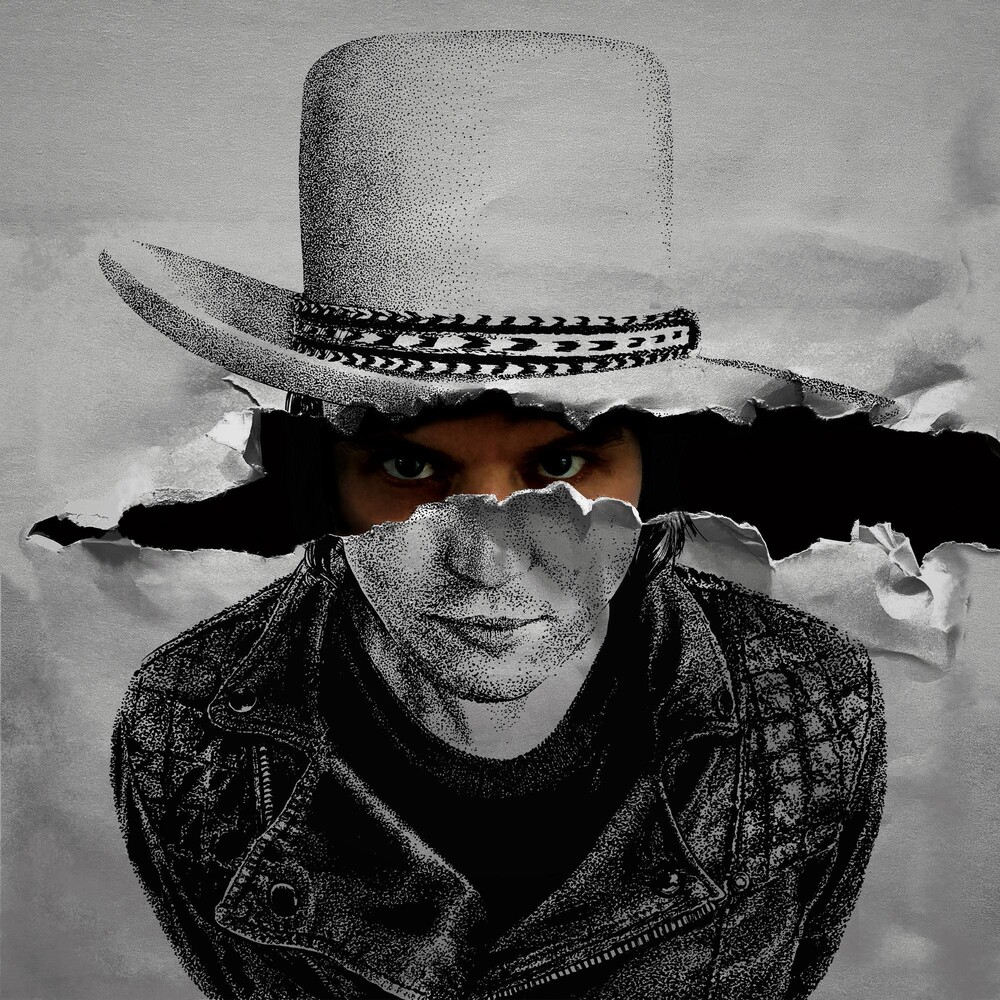 Long before Tennessee Jet began crisscrossing America as a one-man band, playing nightly shows full of fuzz guitar, primal percussion, and songs that split the difference between country and raw rock & roll, he traveled the interstates of Oklahoma with his bronc-riding father and barrel-racing mother. Sitting on the bench seat of an old Ford pickup truck pulling a horse trailer while heading to the next rodeo, he'd watch the grasslands of his home state fly past the windshield at highway speed. Country music was always on the radio back then, and those songs — honest, heartfelt classics by icons like Willie Nelson and Dwight Yoakam, both of whom he'd eventually join on tour — left a permanent mark.

The Country, Tennessee Jet's third album, nods to that childhood soundtrack. A salute to the sounds of his youth, these songs double down on Jet's country and folk influences, without sacrificing the left-of-center approach that's earned him a reputation as a genre bender. Honky-tonk ballads, twin fiddles, and country two-steps rub shoulders with a Nirvana-inspired rock song ("Johnny," a tribute to 1950s legend Johnny Horton) and a bluegrass cover of the Black Crowes' "She Talks to Angels." The result is a richly-textured album that's both classic and modern in the same breath. This is raw, truthful country music — a reinvention of the sound that's always formed the bedrock of Tennessee Jet's artistry, even during his most amplified moments.

"My career has been a constant purging of what I've done before, so I can reinvent and create something that's uniquely me," says Jet, who kicked off his touring career by taking the stage alone, an electric guitar strapped across his chest and a drum set at his feet, accompanying himself with a one-man fuzz-filled wall of sound. It was an approach that owed as much to rock & roll's distorted stomp as country music's twang, and for Jet — an enthusiastic fan of Neil Young and Jack White, two forward-thinking rockers who, like Jet, refuse to be pigeonholed — the contrast between those genres was the whole point.

“I grew up hearing a lot of 'traditional and outlaw country,'" he remembers. "Once I started making my own music, I realized that even if I mastered those sounds, I'd still be emulating someone else. I had to make music of my own. In order to know what you can bring to a genre, sometimes it's good to do the opposite of that genre, so you can try on those clothes and see how they feel. The things that are authentic to you, you keep. The things that aren't you, you discard. Slowly, you pick up different things from the artists you respect, and it becomes something that's unique to you. It’s how most all great art is made. It takes a constant exploration of yourself, so you can create something that truly sounds like you. What I've found is that country music has been a constant, there since the beginning. No matter what I do — no matter how far I stretch outside of it — it has always be there."

The Country marks the most collaborative project of Jet's career. A songwriter, frontman, producer, and multi-instrumentalist, he took a do-it-yourself approach to his 2015 debut and 2017's Reata, both of which found Jet playing every instrument himself. The Country references those early years with songs like the autobiographical "Stray Dogs," whose lyrics find a young Jet speeding down the Indian Nation Turnpike, his future wife riding shotgun, both of them fueled by a combination of love, truck stop gasoline, and the need to make it to the next show on time. For an album that often pays homage to Jet's DIY past, though, The Country also finds him teaming up with Dwight Yoakam's touring band, whose members add Telecaster twang and Cali-country cool to Jet's raw, ragged edges. Paul Cauthen, Cody Jinks, and Elizabeth Cook all lend a hand, too, duetting with Jet on their respective tracks while also teaming up for an all-hands-on-deck version of "Pancho and Lefty.”  Additional guests include longtime Willie Nelson bandmate Mickey Raphael who lends harmonica as well as Lady Gaga bandleader Brian Newman on Trumpet.

While The Country may be stocked with star power from the alt-country fringes, it's Tennessee Jet who shines the brightest. A lifelong explorer who literally grew up on the road, he writes about love, loss, legends, and the pursuit of the muse in a voice that's at once worldly and distinctly Oklahoman, peppering his lyrics with references to other literary heroes who, like him, shine at showcasing a sense of place: Faulkner, Shakespeare, Kerouac, and Woody Guthrie. Co-produced by the songwriter himself, The Country finds Tennessee Jet occupying his own sort of artistic crossroads, planting one boot in the nostalgic sounds of his past while pointing the other in a direction of his own making. This is his version of country music — a sound that, in Jet's hands, becomes both fresh and familiar.

"I'm always looking to challenge the definition of what a specific genre is supposed to sound like," he says. "People are aching for truth in country music again, and that's what this record came to represent.”