Paramore - All We Know Is Falling | RECORD STORE DAY 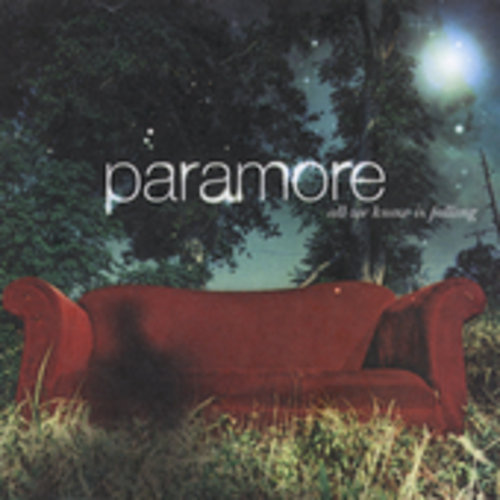 The debut by this enthralling new rock band from Tennessee is powered by buoyant melodies and powerful hooks and is made indelible by the irresistible force of 16-year old vocalist Hayley Williams. Produced by James Paul Wisner (Dashboard Confessional, Further Seems Forever, Under Oath) and Mike Green (Yellowcard, The Black Maria). Paramore have performed with Less Than Jake, Copeland, The Academy Is, and Fall Out Boy. They were featured on the Taste Of Chaos Tour and the Bamboozle Festival, and they'll perform at this summer's Vans Warped Tour.

''All We Know Is Falling'' is the debut album by American alternative rock band Paramore. The album reached #8 on the UK Rock Chart. In the USA, it reached #30 on the ''Billboards Heatseekers Chart but failed to chart on the Billboard 200.

According to Paramore's A&R at Atlantic Records, Steve Robertson, instead of giving the debut album a major radio promotional push, he believed the band should start small and slowly build through word of mouth. In his words, Robertson "wanted kids to discover the band without it being shoved down their throats."

Current bassist Jeremy Davis played bass on the track, "Here We Go Again", as it says on the official album booklet. He appears in the music videos for "Pressure" and "Emergency". "My Heart" is the only song with screams by Josh Farro, other than the "Crab Mix" of "Emergency". As stated by singer Hayley Williams, the shadow on the sofa on the album art is meant to represent Jeremy Davis leaving the band. Davis temporarily left the band shortly after arriving in Orlando, Florida to record the album. Davis stated that he immediately regretted leaving and was overjoyed when the band asked him back shortly after the album's release. His departure had a large impact on the band, inspiring the song "All We Know", and thus the title of the album, "All We Know Is Falling." As of April 2009, the album has managed to sell 405,010 copies in the United States, though prior to Riot! being released the album had only sold 50,000 copies. On May 26, 2009, a deluxe edition of the album was released exclusively on iTunes with 2 live tracks and 3 music videos.

In September 2005, a special Japanese release containing the previously unreleased "Oh, Star" was made available. - Wikipedia