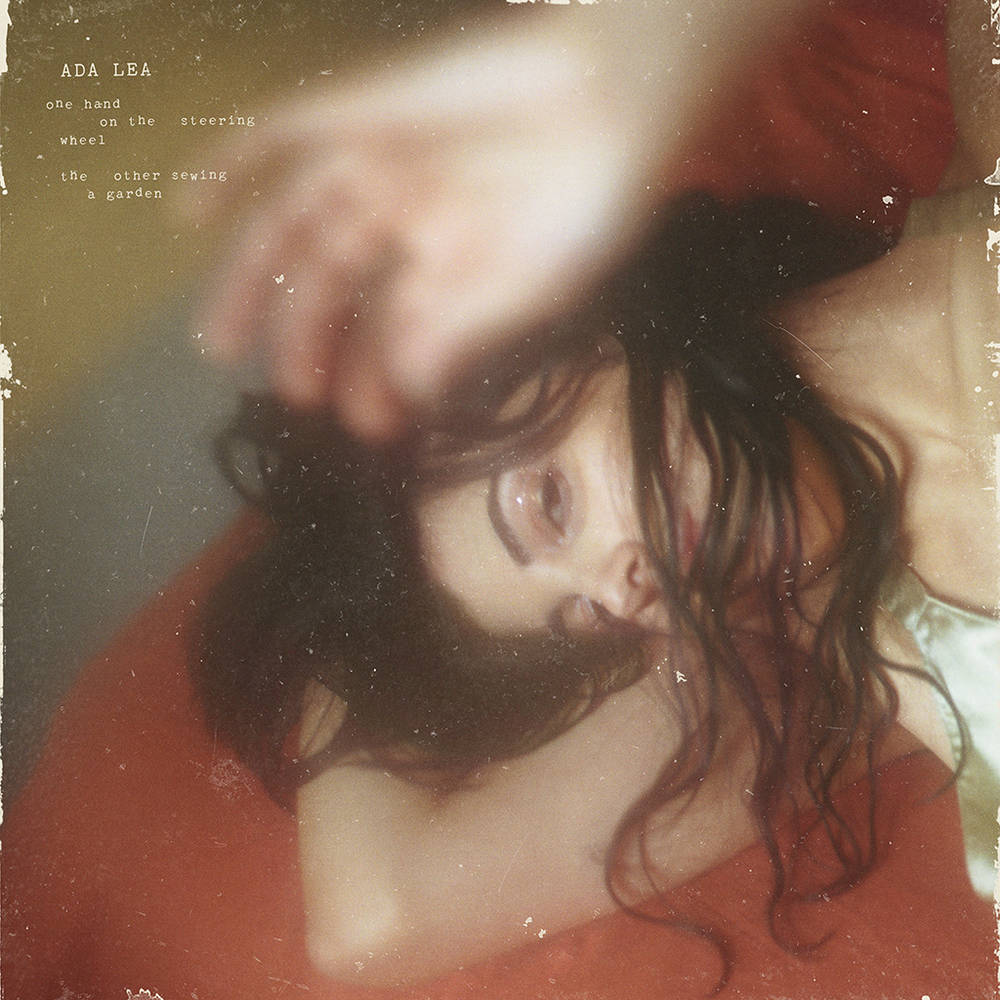 one hand on the steering wheel the other sewing a garden is the name of the second album by Canadian songwriter Alexandra Levy, publicly known by the moniker Ada Lea. On one hand..., it’s a collection of walking-paced, cathartic pop/folk songs, on the other it’s a book of heart-twisting, rear-view stories of city life. Ada Lea has followed up the creative, indie-rock songcraft of her debut what we say in private with surprising arrangements and new perspectives. The album is set in Montreal and each song exists as a dot on a personal history map of the city where Levy grew up.

Many of the songs on one hand came together with a blend of studio tracks and elements from the pre-recorded demos. The resulting sounds range from classic, soft-rock beauty to intimate finger-picked folk passages and night-drive art-pop. And the textures are frequently surprising due to the collage of lo-fi and hi-fi sounds that tastefully decorate the album without ever clouding the heart-center of the song. In their subtle, sonic variety, all of the album’s songs flow together with ease into one big, romantic dream for Levy’s silken vocals to float above.

Inspired by personal experience, daydreams, and Elena Ferrante’s Neapolitan novels, the lyrics of one hand... center storytelling on a bigger scale. The experience and emotions of a year are communicated through Levy’s vignettes of city life. These collected stories as a whole chart the unavoidable growth that comes with experience. “All is forgiven in time. All is forgotten in time. And when the music stopped, I heard an answer” (from “my love 4 u is real”).

Whether to consider these songs fiction or memoir remains unknown. On one hand, Levy says “Why would I try to write a story that’s not my own? What good would that do?” but on the other hand, she is quick to note the ways that language fails to describe reality, and how difficult this makes it to tell an actually true story. The poetic misuse of the word “sewing” in the album’s title serves as a nod to the limitations words provide. What does it mean to sew the garden? And how can we appreciate its carefully knit blooms when the rearview mirror is so full of car exhaust?