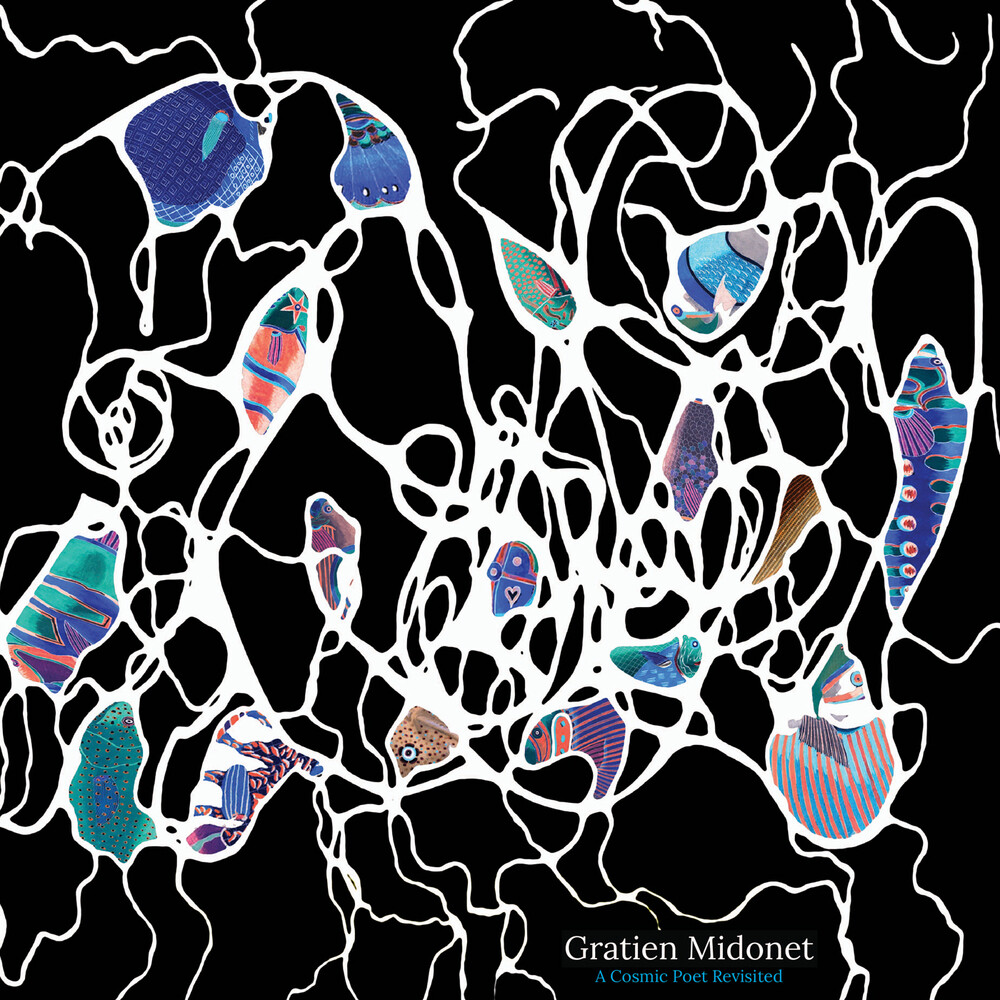 The music of Martinique poet and composer Gratien Midonet is being treated to a special three-track remix EP, A Cosmic Poet Revisited, providing a new context for the political activism and cosmic folk sound of the original recordings.A musician informed by his academic and spiritual pursuits, who penned albums in France that became cult anthems for the independence movement in his native Martinique, Midonet developed a unique sonic language that combined bélé and beguine rhythms, acoustic mysticism, Creole lyrics and electronic instrumentation.Releasing four albums across a ten-year period between 1979 and 1989, Midonet's catalogue has been revisited for the first time on Time Capsule compilation, A Cosmic Poet from Martinique (TC009/TIME009).With the label also reissuing all four original albums digitally over a number of months, this extensive retrospective of Midonet's career is joined by an EP featuring three new interpretations from a trio of like-minded sonic disciples from across the globe.On the A-Side, Sapporo-based producer and sound designer Kuniyuki Takahashi tugs at the spiritual threads of Midonet's 'Osana' to unravel the sun-soaked funk devotional into an 11-minute deep house odyssey. Up next, London-based Time Capsule boss Kay Suzuki's soft touch rework of 'Roulo' emphasises the organic syncopation of Midonet's original to craft a tantalising slow-burner that ebbs and flows with a natural ease. Closing out proceedings, Romanian duo Khidja provide an acid-tinged adaptation of 'La Reine', the final track of the Time Capsule compilation. A minimalist affair which nods towards kosmische musik in it's forward motion, Khidja bring the loose drums and elastic synth lines to the front on what is a fttiingly euphoric climax to the EP.Speaking to compilation curator Cedric Lassonde, Midonet stressed the spiritual necessity of his music in approaching "the transcendental worlds whose door remains closed for most humans". In curating a remix project that seeks not to exaggerate the intention of the originals but to compliment them, Time Capsule has succeeded in lifting Gratien Midonet's message of mystical togetherness into new realms.