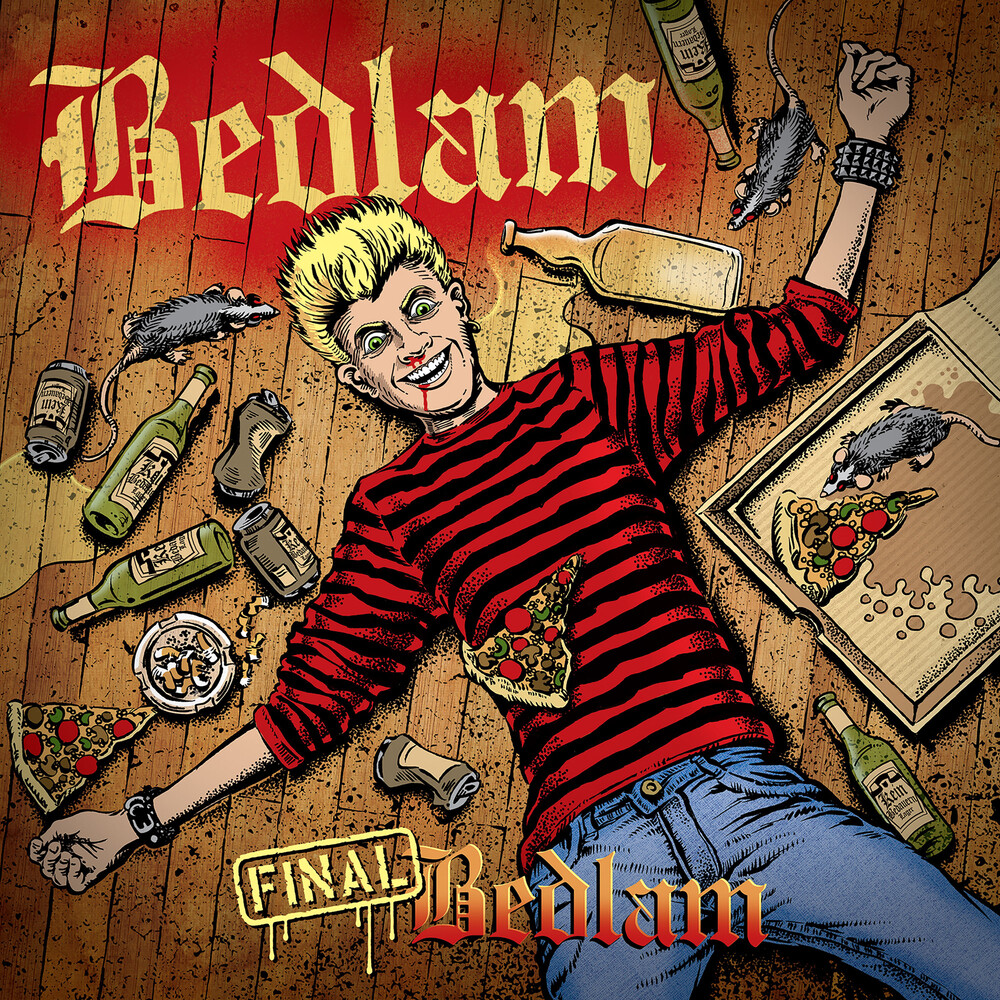 BEER CITY SKATEBOARDS AND RECORDS is proud to present to you another fine must have US early 80's hardcore reissue collection in all it's chaos, glory and destruction. BEDLAM - Final Bedlam - Millennium Edition! Fully restored and remastered ; including never before heard or released bonus tracks!Crack a beer. Light a joint and throw this slab on your turn table! BEDLAM; one of NJ's finest brings us 28 tracks of early 80's hardcore that were recorded from 1984-1986. They bring all the speed, aggression and insanity that you would expect from a band like this! First off are the tracks from the Bedlam 12". Next all the songs from the Lost in Space 12". Then to top it off we have 7 tracks that were unreleased and would have been included on the bands third album if they had lasted that long. Including one were a member of the band was kicked out! All of the tracks are restored and remastered for maximum impact and ear bleeding pleasure. Also included are extensive liners notes and band history. As well as a tribute to late BEDLAM guitarist Stephen Gawryluk! A Must have for anyone who likes early 80's hardcore. Of coarse a must have for any collector!So if you want to experience early 80's hardcore that will have you bloodier then Mad Dog Vachon; head on down to your local record store and buy this!