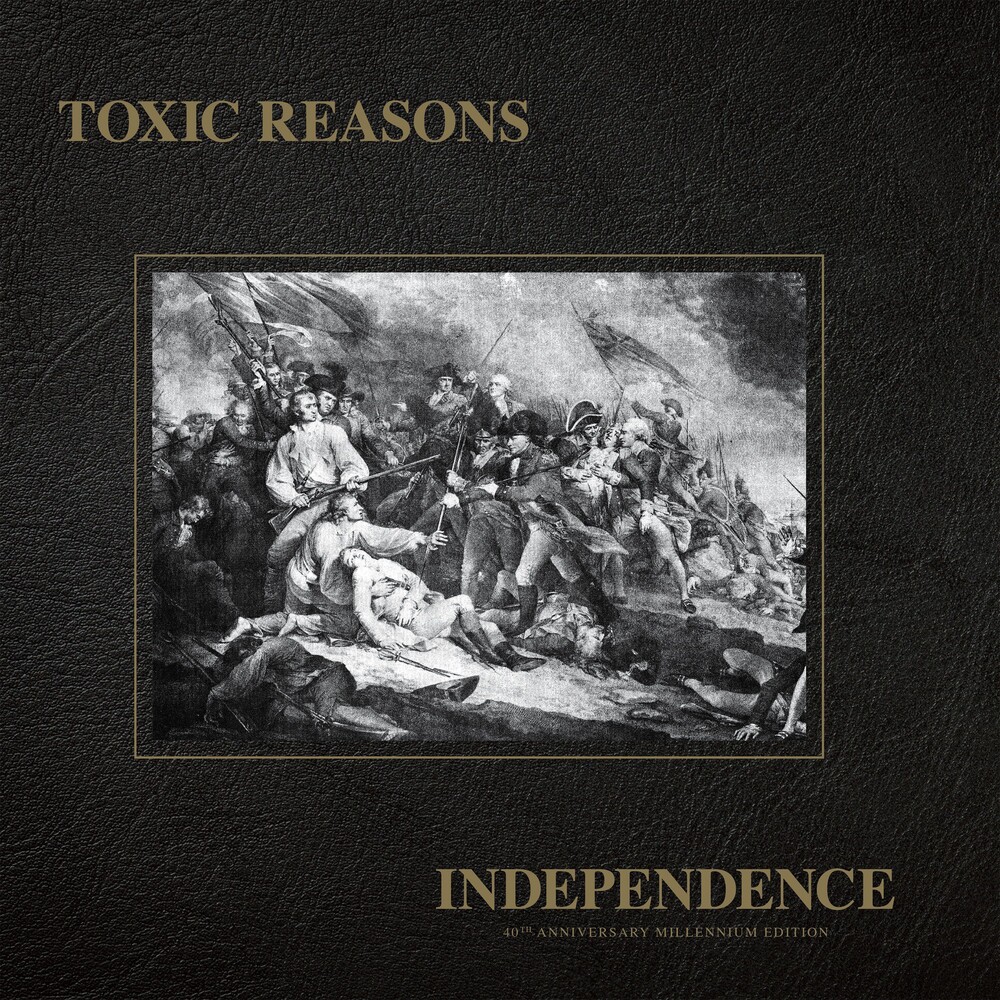 "Independence is full of great riffs, smashing drums, and amazing vocals.. " - Paul Mahern- ZERO BOYSBeer City is honored to be able to present to you the Toxic Reasons - Independence - 40th Anniversary Millennium Edition LP!Toxic Reasons started in 1979 in Dayton, Ohio and hardcore/punk would never be the same! Being bored by what was going on musically at the time these guys decided to start their own band and continue were bands like THE SEX PISTOLS left off. Some say they were passed the torch of punk rock by the bands that came before. They grabbed that torch and not only went with it, but made it their own! After a few years of practicing, living hard and constantly playing all over the US and Canada the band had a solid set of songs that were perfect ! On July 4th of 1982 Independence was recorded. Shortly after that Independence was released and quickly became a hardcore/punk classic! 40 years latter and it's still as relevant as it was when it first came out. Just like fine whiskey; has grown even better with age!For this special 40th Anniversary Millennium Edition it has been restored and remastered. Not only does it sound even better then before. The packaging on this version takes it's cue form the original, but this time was made as the band originally intended it to be. Plus this also contains a 20 page 12x12 booklet with not only lyrics, pictures and credits. Also liner notes written specifically for this release by the band and ex members from the Independence era. As well as people who had a hand in the production of it. To top it all off this release is limited to 1000 copies!This is the record that contains such classics as Drunk and Disorderly, Riot Squad, War Hero, Rally Round the Flag Boys. Let's face it, all 12 songs on this album are all considered classics! These are the songs you partied to, skated to and had blasting while you lived your life. This is the band that was a well oiled machine. When they played out it was a spectacle to behold. With a large powerful front man, a guitarist and bass player that would not stand still. A drummer that was relentless they could not be stopped or out done by anyone! They lived it, breathed it and played it!Now you have the opportunity to help celebrate the 40th anniversary of this releaseby picking up a copy!So do not wait. Pick this up while you can!