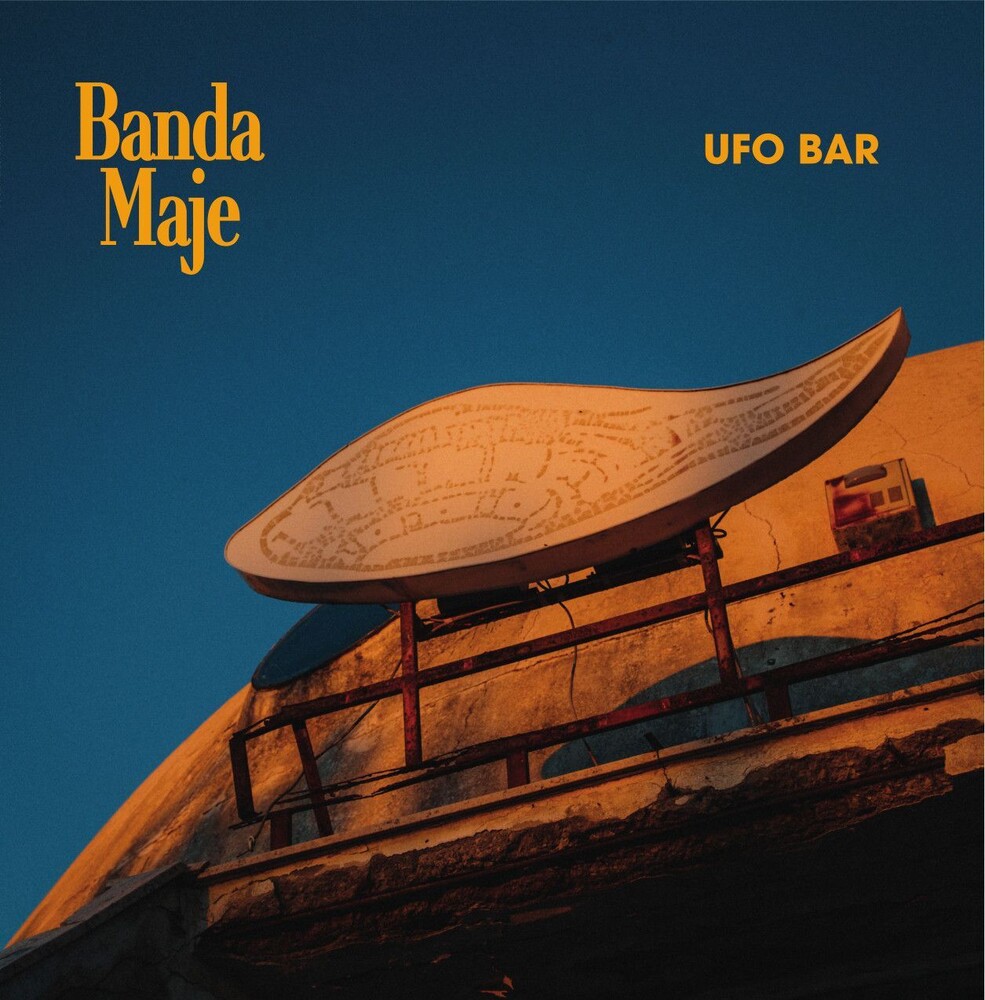 More a family than a band, BANDA MAJE formed in a home studio in the historic district of Salerno, in Southern Italy, on the initiative of Peppe Maiellano (composer and keyboards) and Tonico Settanta (producer, rapper and DJ). The collective has an ever-changing number of members, all of whom - a bit like the lively port city they are from - exists at the crossroads between Italian melodies and imported genres like funk, soul and disco.Released by Four Flies Records, a label specializing in vintage Italian soundtracks and brand new productions with a strong cinematic feel, Banda Maje's debut album 'UFO Bar' transports you to an imagined version of Salerno that combines local tradition and 70s pop and film culture.Listening to the album's eight funk-and-soul-infused tracks also means seeing stories unfold in the streets of this re-imagined city: from the jubilant uprising organized by the women from the Rione Fornelle neighborhood in 'Fornellesse', to the cigarette smuggling story in 'P' ciel, p' mar, p' terr'; from the distinctly southern Italian pucundria (bittersweet melancholy) in 'Sunday Embarcadero', to the saga of provincial nightlife in 'Living Disco Club'.While the LP's Side A is sunny and cheerful, it's Side B is more nostalgic, almost nocturnal, with bittersweet vibes in '2010' and new wave-influenced synths in 'Ago'. This variety of moods reflects the emotional depth behind the music of Banda Maje: 'We want to leave a trace of what we experience: the narrow little streets brimming with life; our love for Neapolitan music, for Italian soundtracks from the 70s, for B-movies and the saga of cigarette smugglers; our passion for vinyl and cassette mixtapes, not to mention second-hand love affairs and dusty afternoons spent watching third-division football.