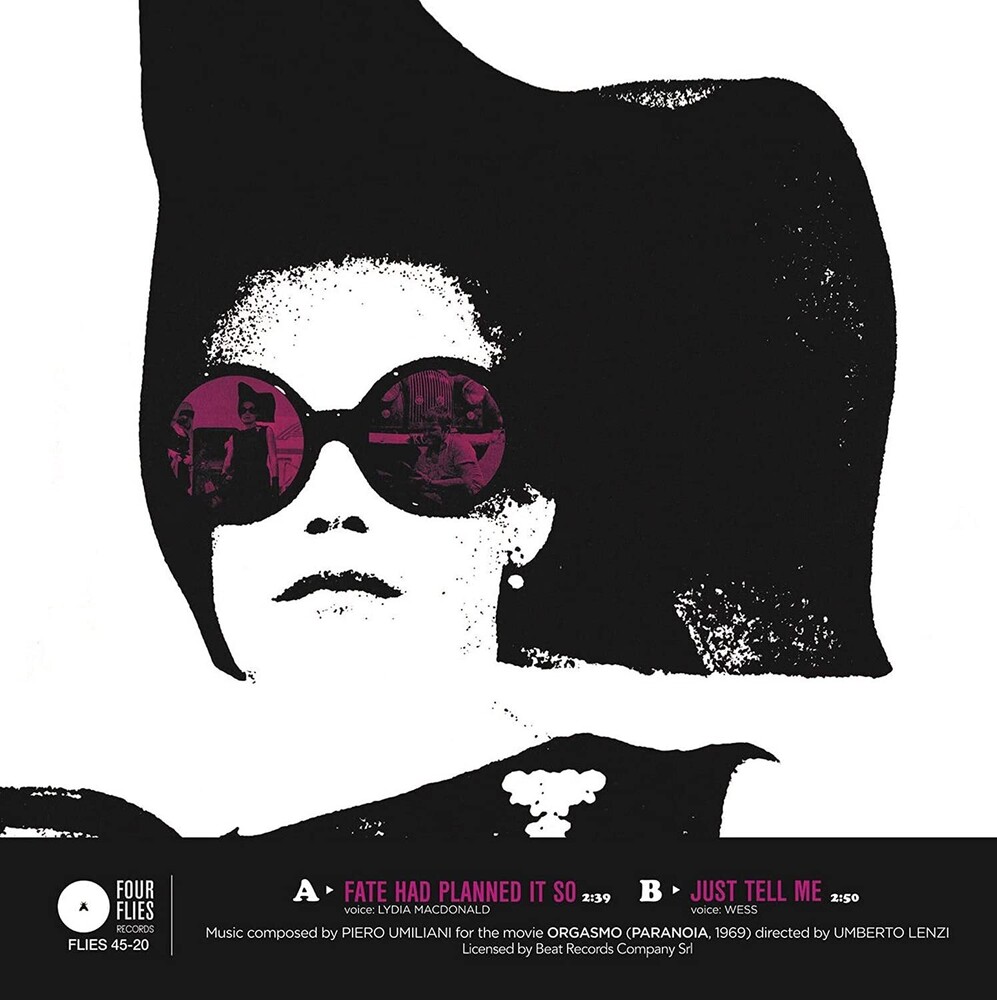 Four Flies digs harder and deeper! This missing soundtrack by Piero Umiliani par excellence, and considered by many to be lost, is finally fully recovered on six master tapes which contain the original complete recording sessions! "Orgasmo" (better known worldwide as "Paranoia") is the first chapter of the famous giallo trilogy that Umberto Lenzi filmed starring former "Baby Doll" Carroll Baker, depicting a story of diabolical lovers and shady intrigues which reechoed certain morbid atmospheres with which Henri-Georges Clouzot tried his hand with his "Les Diaboliques" (1956). Co-starring Lou Castel - who starred in "Fists in the Pocket" and other 'committed' films, and therefore was considered a rebel, and the young Colette Descombs, who often steals the scene from the main actress, Baker. Recorded just after "Sweden, Heaven of Hell", when Umiliani had taken a definitive step into the golden phase of his career and reached the top of his compositional skills, the "Orgasmo" score is an actual gem of grace and elegance - a manifesto of seduction that constitutes one of the main assets for Lenzi's film. With this work, Umiliani managed to perfectly capture the film's morbid side, psych (edel)ic deliriums, and pop ambiance. Some of the music's attributes, such as Alessandro Alessandroni's and his wife Giulia's vocal work, or the major role played by Antonello Vannucchi's Hammond organ, foreshadow the atmospheres of "Five Dolls for an August Moon.". On top of that, the sublime Lydia MacDonald sings the superb title track, "Fate Had Planned It So." A more rhythmical take on this track, along with the dancing soul tune "Just Tell Me", sung by Wess. Another piece of Piero Umiliani's outstanding musical legacy is finally now ready to shine again!