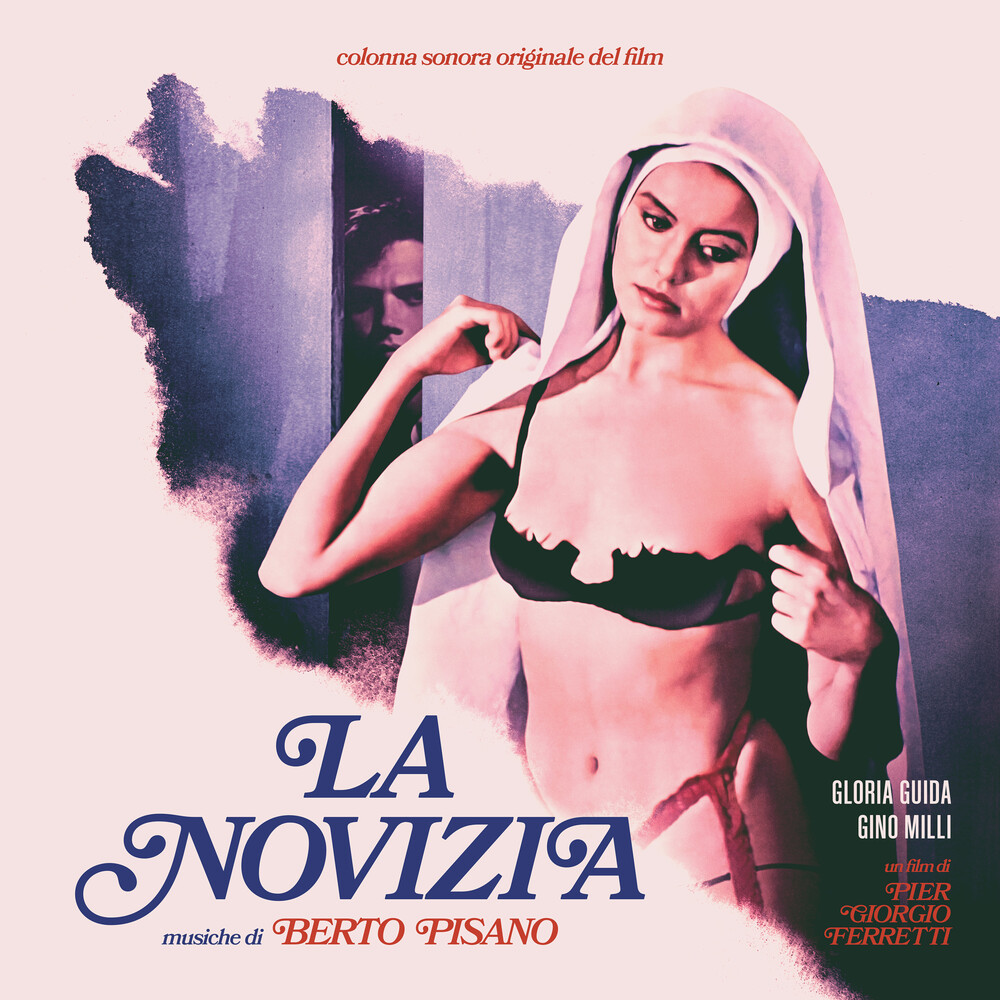 Oops, Four Flies did it again! Like other rare Italian gems, Berto Pisano's La Noviziawas long thought lost before the FF team rescued, restored and remastered it from the original tapes. And wow, it's just one of the best things, if not the best thing, about the 1975 film it was written for -an erotic comedy with melodramatic overtones directed by Pisano's long-time collaborator Giuliano Biagetti (they previously worked together on Interrabangand La Svergognata) and starring a young and mesmerizing Gloria Guida. The film's low budget meant that Pisano had to make a virtue out of necessity. Rather than using a big orchestra and strings (as is well known, he was a brilliant conductor and string arranger), he relied on a smaller ensemble -almost a chamber ensemble, but with a jazz-like rhythm section -to create sensual late-night soundscapesthat exude a downtempo ambience. In a nutshell: smooth, warm, velvety music. The epitome of the lounge sound. At times, whispered, sexy vocals by (the then ubiquitous) Edda Dell'Orsofloat dreamily over brushed drums, bass, guitars and electric pianos. At others, we find Italian library heavyweights like Alessandro Alessandroni (whose unmistakable whistle can be heard in "Canto Notturno") and even psychedelic rock influences, as in the acid distorted guitars, furious drums and crazy synths of "Free Dimension". At yet other times, we're taken into more easy-listening territory-"Fiore Rosso", for instance, offers a wonderfully cinematic example of Mediterranean, rather than Brazilian, bossa nova (did they ever thought of using a spinet in Brazil?). The secret to the charm of La Noviziais that it encapsulates the Italian erotic soundof the 70s in all of it's nuances, from the morbid, to the prudish, to the naïve. Because yes, this is a record of nuance and musicianship. And while thethemes are in themselves simple, the fantastic quality of the writing, arrangement and production is a testament to Berto Pisano'ssuperb talent, styleandprofessionalism. Finally back to life after decades of obscurity, La Noviziais a thing of beauty -which, as a pretty bright fellow once said, is a joy forever. Don't miss out on joy. Comes on vinyl, CDandDigital, with original artworkby Eric Adrian Lee and exclusive liner notesby the Pisano family. The vinyl LP contains the soundtrack's main themes (12 tracks), while the CD and digital version include also the variations on those themes (9 additional tracks). All tracks arepreviously unreleased in any format.