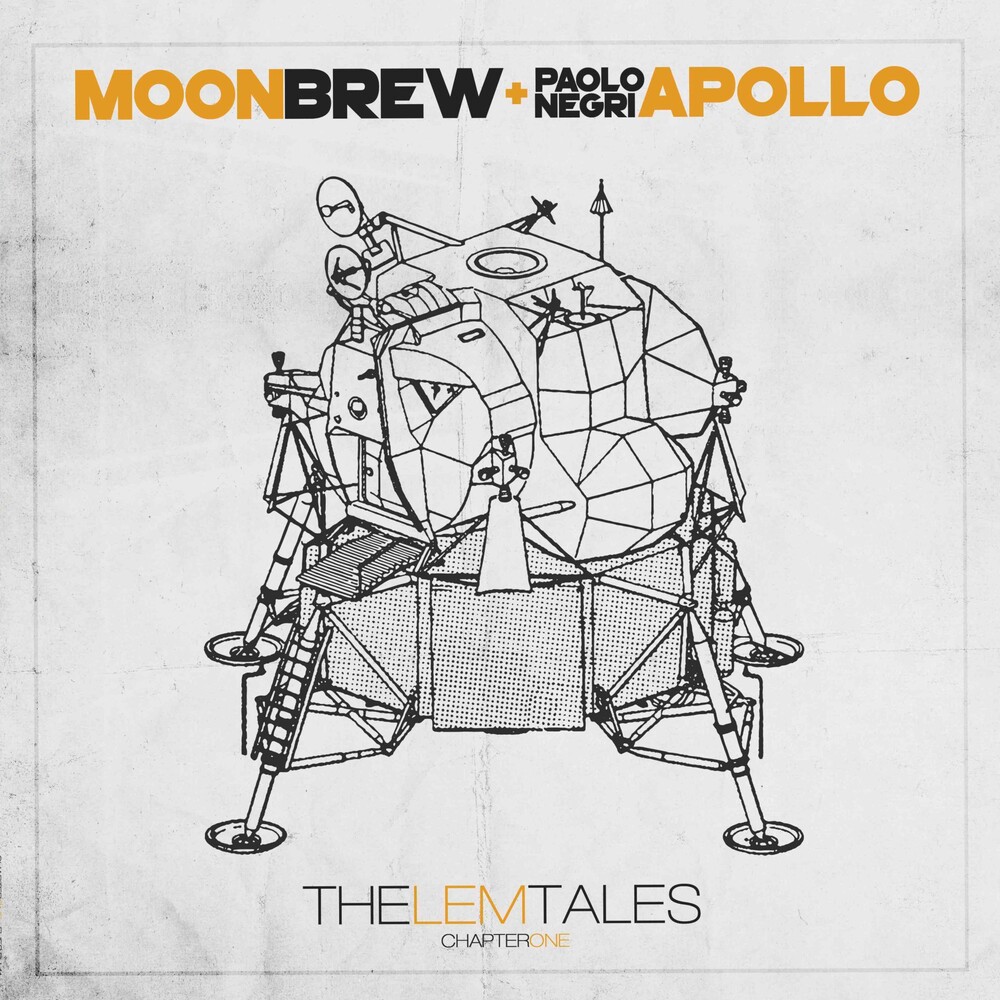 Words have a force of their own: a life generated by their meaning and by the imaginary world they refer to; a power increased by the dynamic interplay with other words. Just put 'Moon' and 'Apollo' together, and you'll be almost inevitably transported to mankind's greatest adventure: the Moon landing and, before that, the space race between the US and USSR, the early missions, and the incredible technological challenges faced at the time by astronauts and engineers.It is against this imaginative background that beat-maker and bass player Moonbrew and organist andkeyboardist Paolo Apollo Negri conceived The LEM Tales project. Their collaboration, too, is the coming together of 'Moon' and 'Apollo', and of their two worlds: a sonic universe where hip hop meets funk, pop merges with jazz, old school interacts with new possibilities, and urban and space blend into something new.The LEM Tales - Chapter One narrates the space race from the American point of view. This vinyledition, which includes two exclusive tracks (*) not on the digital release, takes us from "ProjectGemini" - NASA's second human spaceflight program - to "Tranquillity Base" (*), the site onthe Moon where Armstrong and Aldrin landed and walked in July 1969.The journey is as exciting as the final destination, with intermediate stops called "Capsule Communicator" (the individual in the mission control center who maintained communication with the astronauts in space), "EMU" (Extravehicular Mobility Unit, better known as the spacesuit), "Saturn V" (a three-stage, liquid-fuelled rocket used between 1967 and 1973), and "Mercury Seven" (*), which refers to the group of seven astronauts chosen for the Mercury Program in 1959.Inspired by iconic images that are part of our collective visual memory, Moonbrew and Apollo's first collaborative effort tries to provide a contemporary sonic representation of what the past means to us today - and, perhaps, will mean to future generations. It does so through a feast of vintage synthesizers, transistor and tonewheel organs, string machines, electric pianos, tube amplifiers, obscure analogue devices, electric bass, and modern samplers.An old-school hip hop approach was used in the first stages of writing the album: individual drums hits from old, dusty records were first sampled and then physically played on real instruments to create patterns and build up the rhythm section. Moonbrew then laid down the electric bass grooves and Apollo layered his dreamy, evocative vintage keyboards on top. The result is a combination of different styles, sounds and genres that is fresh, original and contemporary while being clearly influenced by many musical legends of the past.The LEM Tales - Chapter One is released by Four Flies in partnership with Record Kicks.