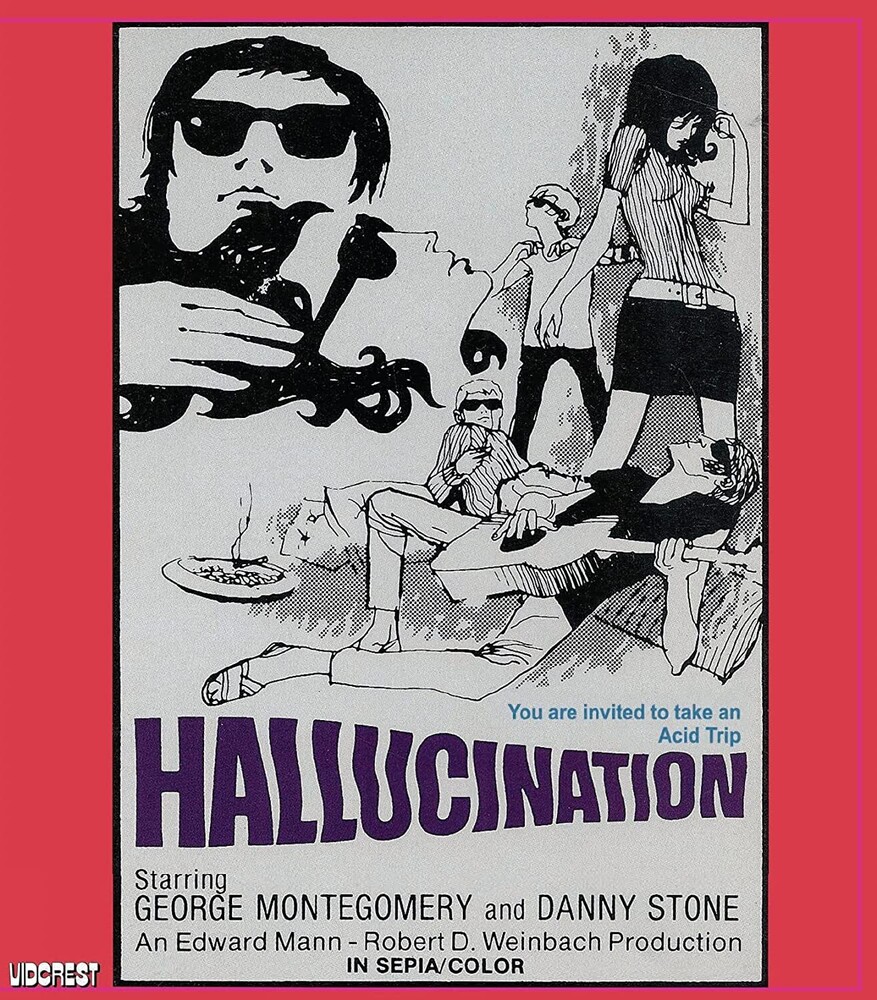 When Bill travels to Ibiza to visit his friend Denny, he falls in with a group of expats who spend their days sleeping and their nights turning on. Under the guidance of Eric, the self proclaimed "guru" of the group, Bill and Denny find themselves experimenting with various drugs and opening their minds with LSD. After Bill's mother cuts off his allowance, Eric uses his drug cocktails to put him in a suggestive state and convince him to rob a wealthy antiques dealer so that they all can continue their hedonistic life style. Based on true events, this cautionary tale of drugs was one of the first films to deal with the influence of LSD. Starring stuntman and sculptor George Montogomery, Danny Steinmann (director of Unseen, Savage Streets and Friday the 13th V) and directed by Edward Mann (Cauldron of Blood), Hallucination aka Hallucination Generation is snapshot of wasted youth and an era gone by. Available here for the first time on Blu-ray in two versions: the original black and white version and an updated sepia tone version featuring color psychedelic FX along with a group of curated, drug related extras.