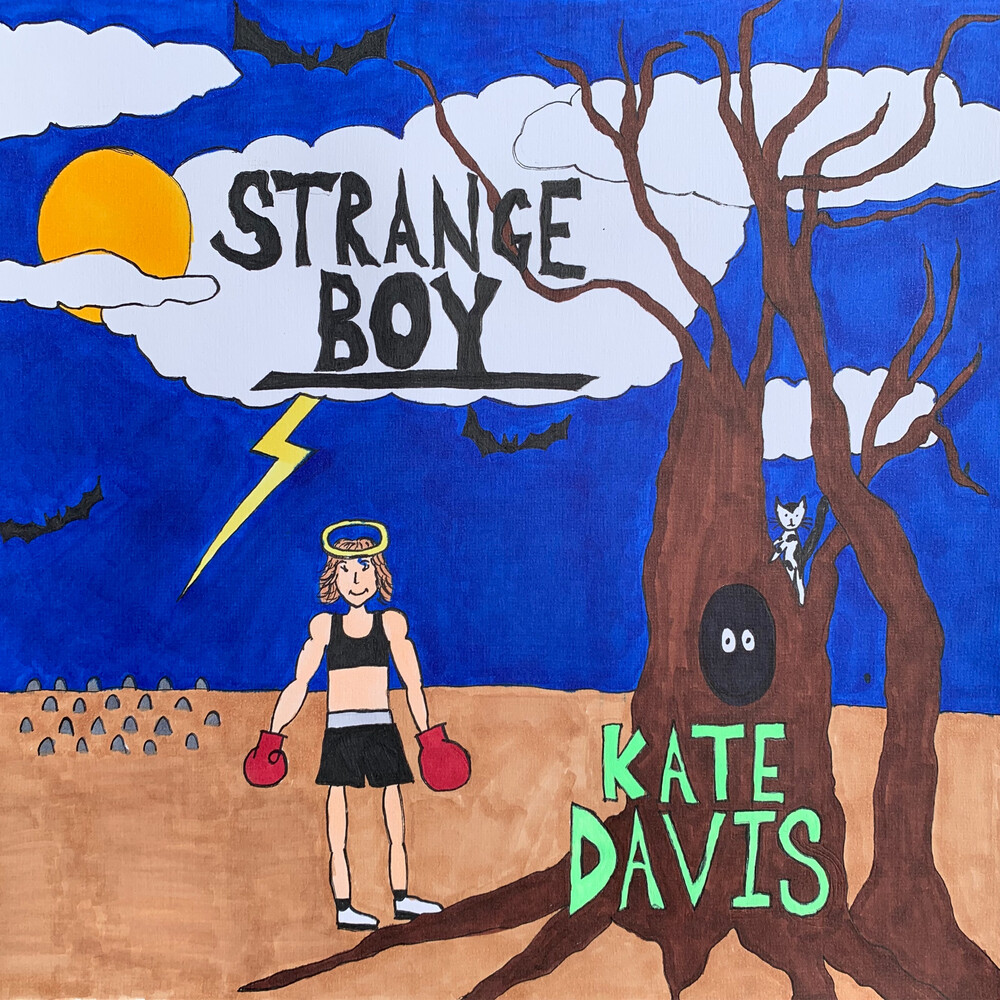 As a young jazz singer and bassist, Kate Davis shared the stage with Herbie Hancock, Ben Folds, Alison Kraus and the actor-turned-musician Jeff Goldblum. But in 2018 she decided to switch lanes - she co-wrote Sharon Van Etten's nostalgic indie rock hit 'Seventeen, ' then in 2019 released her own highly celebrated indie-rock debut, Trophy. Yet even with her impressive resume, covering one of America's most beloved singer-songwriters is tricky territory to wade into. Nonetheless, that's exactly what the New York-based indie rock musician did this past summer by recording a cover version of Daniel Johnston's 1984 album Retired Boxer. Johnston, who died on September 11, 2019 at the age of 58, has long been a beacon to those making lo-fi bedroom pop. The crinkled quality he achieved by recording to tape made him a giant of the genre. His music, celebrated for it's childlike tenderness and for the way he acutely described his own struggles with bipolar disorder, is part of his enduring legacy. "When I first heard Daniel Johnston I was struck by the directness and clarity in his writing, " Davis says. "I wanted to gain perspective into that directness." This coming January, in collaboration with the Hi, How Are You Project, a non-profit organization that provides a platform for the exchange of ideas and education on mental well-being, Davis will release Strange Boy, a unique rendering that is named after the eighth song on Johnston's original masterpiece. As a homage to that original song - which begins with a three-minute recording of a man telling a story about meeting Johnston for the first time - Davis placed recordings of her own friends sharing memories that they have of Johnston as interludes between each of the nine songs on her new album. Most of the voices have been sped up to give the impression of someone fast-forwarding through a cassette tape. It's a neat touch that adds both color and humor to the work. Davis also put her own spin on the music, adding fuzzy psychedelic tones and warm rock and roll textures that position the cover album alongside her highly coveted indie-rock debut, Trophy. That album featured on Bandcamp's Best Albums of 2019 list and led to Davis performing an NPR Tiny Desk concert in August. "My main objective was to echo his original spirit, " Davis says of her process. "Overall, the project gave me a lot of wiggle room when it came to using keyboards, vocal effects and making other arrangement decisions. It encouraged me to push and stretch myself musically."