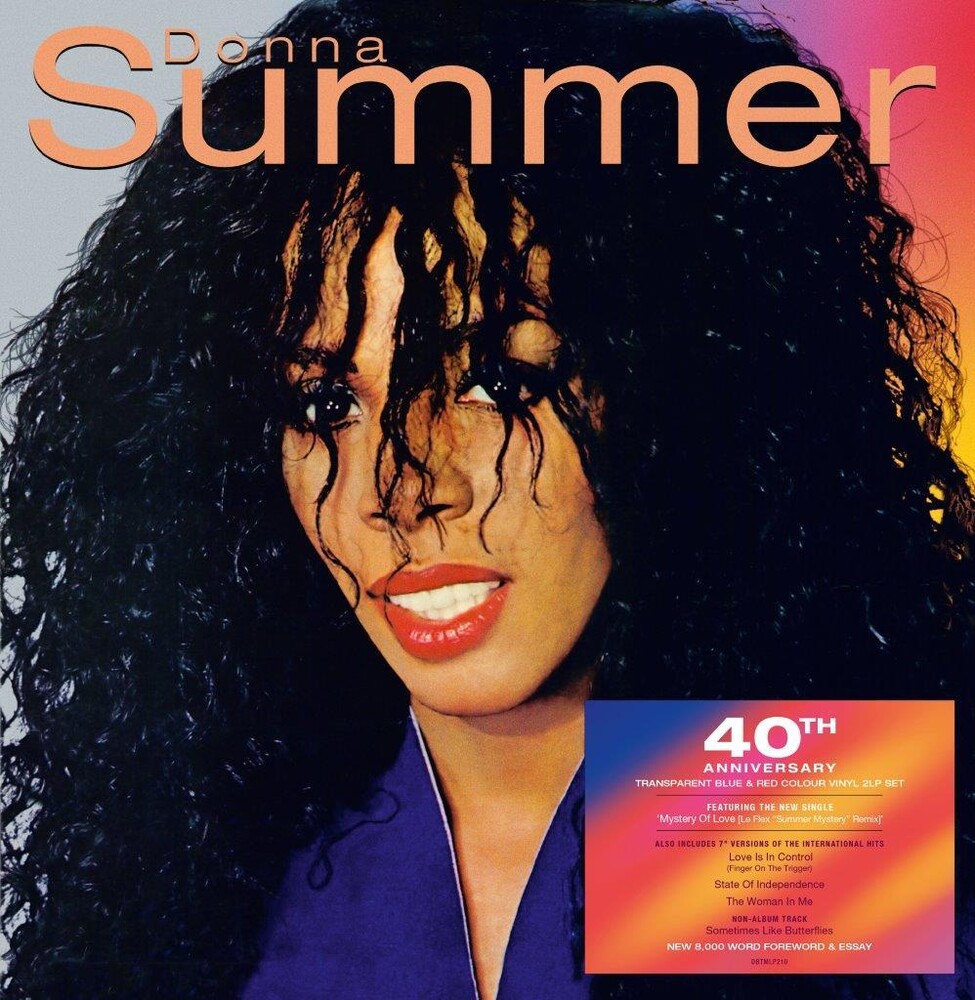 DONNA SUMMER gained prominence during the 1970s disco era, propelled by her incessant and creative driving force behind the genre's global popularity, rightly earning the title "Queen Of Disco" and becoming one of the most successful recording artists of the entire decade, now having sold more than 130 Million records worldwide. Donna was the first Artist to have three consecutive Double-Albums reach No. 1 on the US Billboard charts and also became the first artist to achieve four No. 1 singles in a thirteen month period. Donna Summer became the first Artist signed to the new Geffen Records label in 1980 and the second album released for Geffen is this 1982 classic "DONNA SUMMER", which saw production duties by Quincy Jones. This proved to be a masterstroke, as the next album that Quincy produced was Michael Jackson's 'Thriller'. The album's r&b/pop dynamic featured a 'Who's Who' of the recorded music industry, from the album's lead single 'Love Is In Control (Finger On The Trigger)', to the All Star Chorus on the Jon & Vangelis written 'State Of Independence', the beautiful 'The Woman In Me', the Bruce Springsteen-penned and performed 'Protection' and '(If It) Hurts Just A Little', which was heavily sampled in 1999 by Cassius in 'Cassius 1999'. To celebrate the album's 40th Anniversary, 'Mystery Of Love' with those memorable James Ingram vocal harmonies has been given a contemporary r&b/dance feel, with respect to the original version, by producer Le Flex, who has produced and worked on a number of chart hits. This newly mastered vinyl 2LP set also contains 7" single versions of the hits, a non-Album 'b'-side, as well as the 12" Dance Mix of 'Love Is In Control...', a newly authored 8,000 word essay, with Foreword by Bruce Sudano, by noted US writer Christian John Wikane, featuring new and his own archive interviews conducted with David Foster, Phillip Ingram, Le Flex, Steve Lukather, Bill Meyers, Richard Page, Greg Phillinganes, Bruce Roberts, Brenda Russell, Dionne Warwick, and the late James Ingram. This sublime masterpiece doesn't need a specific mood or weather climate to hear. It can be listened to any time of the day night, any day of the year and 40 years later, it's still being played