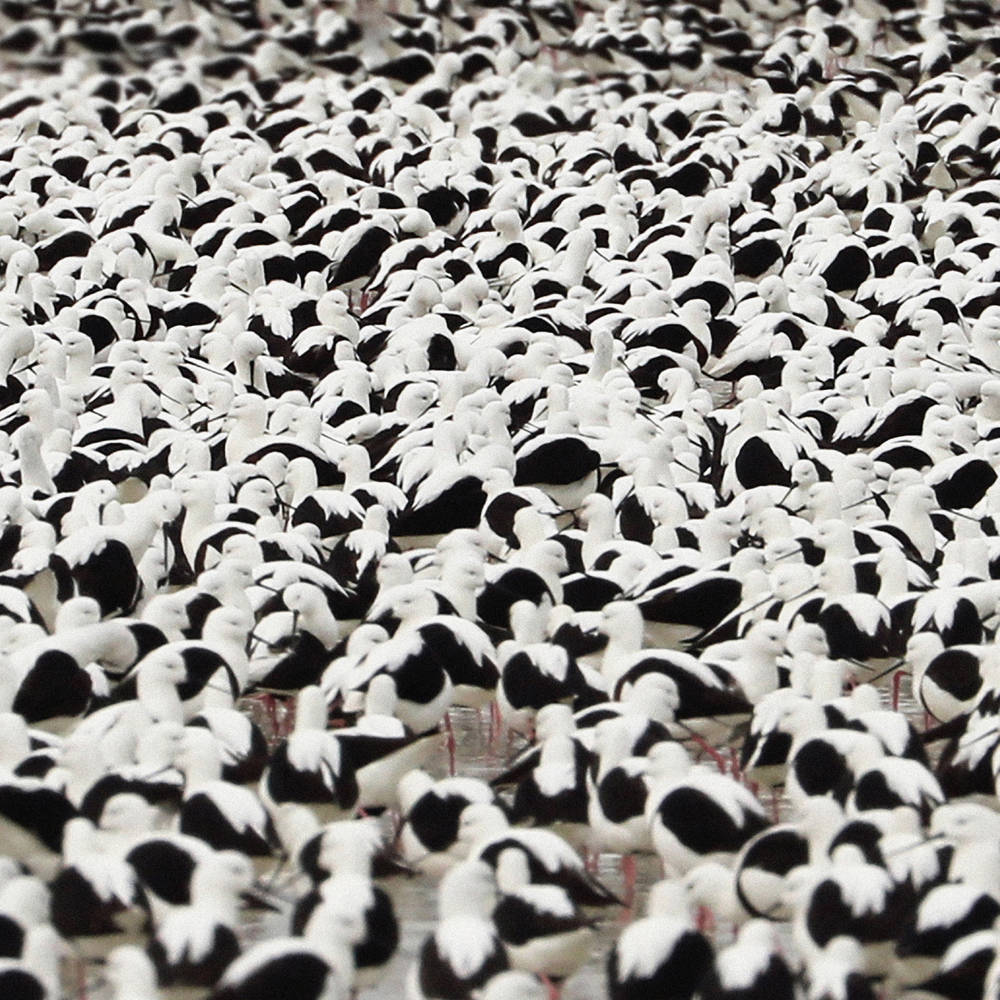 Like the many Banded Stilts that spread across the cover of her newest album Flood, Stella Donnelly is wading into uncharted territory. Here, she finds herself discovering who she is as an artist among the flock, and how abundant one individual can be. Flood is Donnelly's record of this rediscovery: the product of months of risky experimentation, hard moments of introspection, and a lot of moving around. Her early reflections on the relationship between the individual and the many can be traced back to Donnelly's time in the rainforests of Bellingen, where she took to birdwatching as both a hobby and an escape in a border-restricted world. By paying closer attention to the natural world around her, she recalls "I was able to lose that feeling of anyone's reaction to me. I forgot who I was as a musician, which was a humbling experience of just being; being my small self." Reconnecting with the 'small self' allowed Donnelly to tap into creative wells she didn't know existed. Soon songs were coming to her in a way she could not control and over the coming months, Donnelly accumulated 43 tracks as she moved out of Bellingen and around the country, often finding herself displaced due to border restrictions, a tough rental market, and once from the joys of finding black mould in the walls. "I had so many opportunities to write things in strange places," Donnelly remarks, having passed through Fremantle, Williams, Guilderton, Margaret River and Melbourne. "I often had no choice about where I was. There's no denying that not being able to access your family with border closures, it zooms in on those parts of your life you care about." With new locations came new approaches. "It freshened things up for sure," Donnelly says, and writing with band members Jennifer Aslett, George Foster, Jack Gaby and Marcel Tussie, soon began to feel like kindergarten play. "They all brought themselves to the record in such a beautiful way. A lot of us were playing instruments that weren't our first instrument: me on piano, Jack doing all these synth sounds, George trying a bunch of stuff out, Marcel sang! We were all like 'plink plonk'; it was quite vulnerable for all of us." Along with the support of her band members, co-producing the record beside Anna Laverty and Methyl Ethyl's Jake Webb helped to foster an important spontaneity in the studio. With Webb, Donnelly could "dig in" and discover a "forward-leaning sound" she'd been searching for, while Laverty's ability to "capture the piano" and discern the "perfect take" allowed the songwriter to take further risks. Straying from the easier option of writing on an electric guitar, Donnelly's move to piano imbues her new work with a fluidity and vulnerability that befits the record's introspective nature. Donnelly had not played much piano - what she fondly calls "a very easy instrument to fuck up" - since her early childhood and there was something wonderfully playful and poignant about climbing back up onto the piano stool and finding her fingers. Flood revels in this. In "Restricted Account", the piano quietly dances back and forth with her vocals, while the warmth of the fluegelhorn blooms above; piano again drives the band along in "Move Me" as the understated horn returns and Donnelly later aptly sings, "You're the bit that holds us all together". These patterns flicker across the record, dispelling any fears of the record turning out disjointed from it's origin story. Much of the album is ultimately united by Donnelly's intuitive songwriting, where listeners can expect commanding assertive verses, euphoric shimmery choruses and killer bridges; and just when you think you really know what to expect, something alien will arrive: the offspring of the band's "plink plonking". Subverting expectations and keeping people on their toes has long been a strategy of the 'firstborn' in Donnelly. "I can't sit on something for too long," she laughs, "it's an oldest child thing: you strive to entertain; you've got to fight for your spot to keep someone engaged." The child's fight for their spot at the table, both in and out of the home, appears throughout Flood in different personas; one offers a bold exclamation about being a child the rest of her life, while another grapples over whether to wear or throw away her beads from when she was five. In "Morning Silence", one declares "Same old fight was had today / Great grandchild will see the same." Throughout the record, Donnelly looks back at history and wonders where she's come from and where she'll go next. In opener "Lungs" we hear her plead, "History again teach me like a friend what you know and why," and this curiosity extends into many of the songs exploring relationships, be them familial, romantic or platonic. "I do love observing human dynamics," Donnelly says. "Dynamics between old best friends, or dynamics between housemates, or a relationship where the two people are broken up and haven't spoken in years. I like getting into the mind of someone who we've all been at some point." This interest expresses itself in a unique way on the record as Donnelly regularly 'plays dress-up', adopting different faces and personas to help her distill her truest self. In "Lungs" she writes from the point of view of a child whose family has just been evicted, while "Flood" invites us to look through the eyes of someone dating Donnelly, with lyrics frank and at times damning. Looking back at the Banded Stilt, Donnelly ultimately appreciates how when "seen in a crowd they create an optical illusion, but on it's own it's this singular piece of art." While each song on Flood is a singular artwork unto itself, the collective shares all of Stella Donnelly in abundance: her inner child, her nurturing self, her nightmare self; all of herself has gone into the making of this record, and although it would take an ocean to fathom everything she feels, it's well worth diving in.