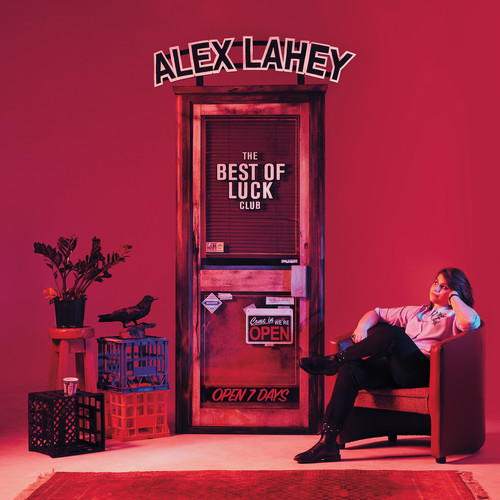 On her sophomore LP, The Best of Luck Club, 26-year-old Melbourne, Australia native Alex Lahey navigates the pangs of generational ennui with the pint half-full and a spot cleared on the bar stool next to her. Self-doubt, burn out, break-ups, mental health, moving in with her girlfriend, vibrators: The Best of Luck Club showcases the universal language of Lahey's sharp songwriting, her propensity for taking the minute details of the personal and flipping it public through anthemic pop-punk. Lahey's 2017 debut I Love You Like a Brother encases Lahey's knack for writing a killer hook and her acute sense of humor delivered via a slacker-rock package and, in a way, The Best of Luck Club picks up where that record left off. Lahey co-produced the album alongside acclaimed engineer and producer Catherine Marks (Local Natives, Wolf Alice, Manchester Orchestra), and dives headfirst into a broader spectrum of both emotion and sound through polished, arena pop-punk in the vein of Paramore with the introspective sheen of Alvvays or Tegan & Sara. Here, Lahey documents the highest highs and the lowest lows of her life to date. After a whirlwind of global touring in support of breakout debut I Love You Like a Brother, Lahey wrote the bulk of her follow-up in Nashville during 12-hour days of songwriting. There, she found the inspiration for The Best of Luck Club's concept: the dive bar scene and it's genuine energy. "Whether you've had the best day of your life or the worst day of your life, you can just sit up at the bar and turn to the person next to you - who has no idea who you are - and have a chat. And the response that you generally get at the end of the conversation is, 'Best of luck,' so The Best of Luck Club is that place.