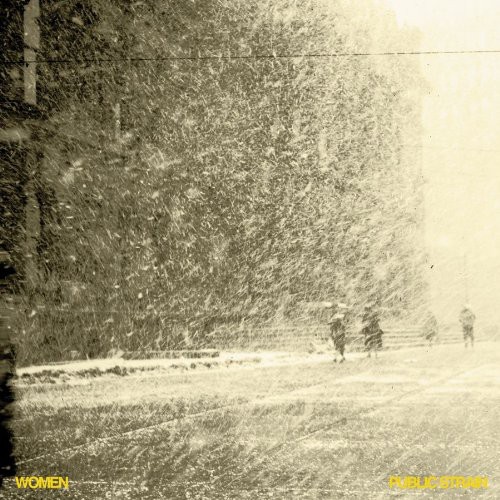 On their debut self-titled album, Women embraced sonic brashness that with deeper examination revealed to be tinted with sly pop melody. With Public Strain the band honed a sound truthful to that reverb-drenched noise while allowing the pop sensibilities to surface into clearer focus. The band are often compared to classic acts such as the Velvet Underground and the Zombies. From the opening strains of "Can't You See" it's clear that the album is far more than just a continuation of their debut. Resting upon Matt Flegel's plodding bass line, Patrick Flegel's deadpan vocal delivery, and Chris Reimer on bowed guitars and cello, this moody, nocturnal ballad opens the album on a dark note. This exact balance of delicate and dense is a pervasive thread throughout the album, reflecting the contradiction of the band's environment buried in urban sprawl framed by prairie landscape. Whether twisting through the urgent krautrock of "Locust Valley," an exercise of harmony through simplicity, or climaxing with the bittersweet melody of "Eyesore," the album somehow builds luminous contrast out of a palette of grays. Public Strain cycles through insomnia, paranoia, resignation and euphoria, to capture a band with an undeniable voice coming into full awareness of their craft.