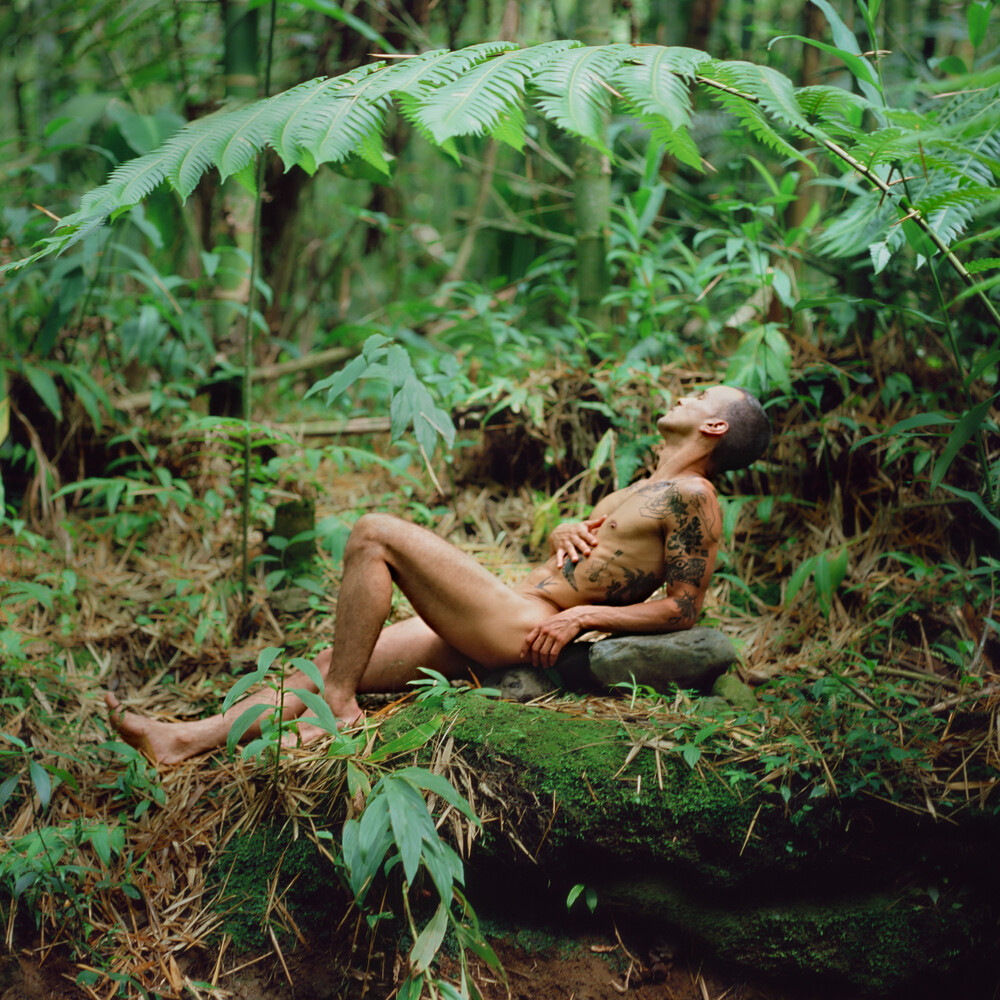 This will come as no surprise to those who've followed GGM since 2014's Bishouné: Alma Del Huila, the critically-lauded, self-produced EP that put him on the map, and served as sample fodder for a handful of popular music's most iconic artists. His follow-up LP, 2017's Jardin, melded classical and folkloric instruments with rnb, hip-hop, and cumbia, proving once again that Gabriel is totally comfortable making transformative, funky, cathartic records all by himself. Agüita, his first release for Jagjaguwar, is a sequence of impossibly diverse offerings ranging from trap anthems to string-drenched art pop ballads - a prismatic self-portrait, personal and universal all at once. The artist is present, and he is in final form. Garzón-Montano's ability to execute a wide range of musical styles is his secret weapon - and so it is no wonder he bristles at the prospect of settling into any one genre. "Genre has never been a consideration," he says. "The idea of genre uses fear of failure as a baseline. Genre puts the music in a box. This album is anti-genre. Anti-fear. Anti-box." What remains is an ultra-personal journey through the three separate characters that constitute GGM's personality: the debonair leading man, the wistful impressionist, and the Latino Urbano hitmaker. In this life, a first-generation American, born in Brooklyn to French and Colombian parents, can marry 808s with 19th-century art song, and catch a million plays in a weekend. In this life, old school analog tape and autotuned, varispeeded androgyny live together in perfect harmony, and the algorithm meant to guide us to our next playlist is of no use. In this life, big brujo energy means blunts and 3 inch heels; it means Appolonia's hands around you from the back of that motorcycle; it means nueva cancion, and reggaeton; it means the rabid, joyful individualism of funk - of oneness - of the one. (Yeah, in this life - you're on your own.) The magic of Agüita lives in Gabriel's ability to consolidate a range of truths into a focused, crystallized idea. "Bloom," "Blue Dot," and "Fields" compare the growth and loss inherent in human life with the changing of the seasons and the life cycles of the universe; on "Fields," Garzón-Montano evokes the despondent whimper of Thom Yorke. There are mirrors of the same themes in compositions like "With a Smile," "Tombs," "Someone," and "Moonless," a quartet of songs that explore the births and deaths of the relationships we have with the people we love; on "Moonless," Gabriel explores for the first time his struggle with the grief of his mother's passing: "Mama died / and I was moonless in a Stygian tide... trying to hide the ripening tumor / breathing fire, love but a rumour / There's a woman in my sky / 17 when I learned to cry... " It is to his immense credit as a songwriter that we are left with an understanding of the depth of his loss, despite having never experienced it. Equally impactful are the trap and reggaeton cuts - the album's energetic high points. On "Agüita," "Mira My Look," and "Muńeca," GGM delves into club-banger territory, performing in Spanish for the first time on record. Whether you're here for the medium, or for the message, for the man himself, or one of his characters, Agüita stands as the strongest installment thus far in a series of alarmingly sincere, sensationally profound works, from an artist who has sought not only to challenge established preconceptions and categories, but to expose their ultimate unworthiness. From composition to execution, the product distills the essence of Gabriel Garzón-Montano's genius, an uninterrupted creative process rare in this age of fattened album credits.