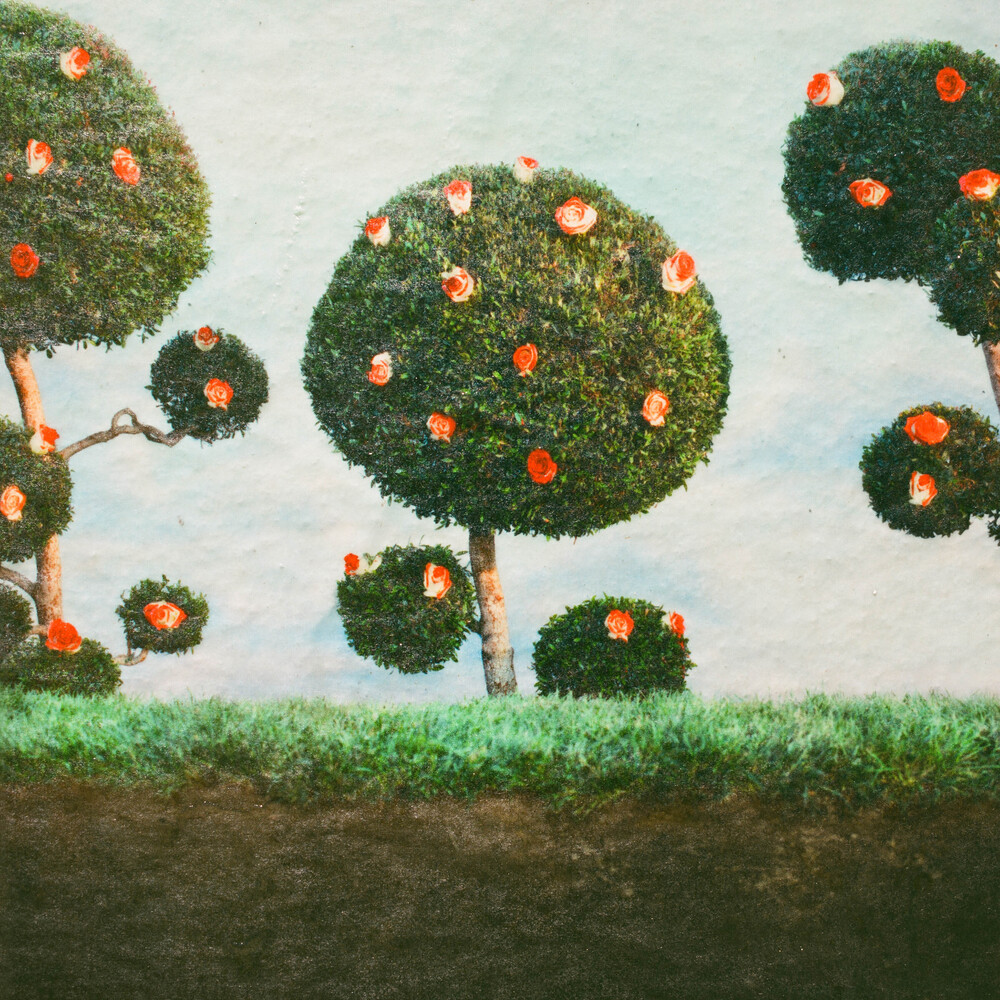 S Midnight Sister, multi-disciplinary LA artists Juliana Giraffe and Ari Balouzian make motion pictures. Yes, sometimes with moving images - but most often only with the music they create together. Balouzian's serpentine, string compositions are movie scenes that allow Giraffe, a brilliant character actor, to cloak herself in a new roles and voices. A bit of Jon Brion's score work; some old Hollywood strings; a solid dose of glam and outsider disco from 70s independent cinema. Any perceived artifice is always matched by an indelible human fingerprint, something perfectly off. Giraffe and Balouzian's respective work in fashion, visual art, video and film scoring - along with the gang of virtuosos with which they surround themselves - all wonderfully coalesce as Midnight Sister. And if 2017's 'Saturn Over Sunset' was their collection of short films about outcast life in The San Fernando Valley, then their new album 'Paining the Roses' is the inventive, meta motion picture that cements them as auteurs. 'Painting the Roses' is in many ways a fairy tale - not so much the sweet-and-happy-ending kind as something richer, packed with imagination and rooted in the complex human messiness beneath a story's artifice. Frontwoman Giraffe describes it as "this tightrope of being real yet synthetic, organic yet staged, light yet dark, logical yet irrational, beautiful yet dilapidated. Joyful nonsense." Here, disguises like masks and paint are not meant to hide but to liberate, to "set a part of us free", and Midnight Sister often embody this themselves, appearing highly stylized, curious, warm and inviting but a little askew. 'Painting the Roses' is a story told through the looking glass, one where we examine ourselves in a funhouse mirror but find clarity in it's twists. Giraffe traveled to visit family in Argentina during the making of the album and reconnected greatly with that part of her family history, art and culture. Balouzian created the core album opener "Doctor Says" during a session in the desert outside of LA. The guitar, which reminded Giraffe of South America, has a slow, sweltering surf-tango to it, like Dick Dale doing Carlos Gardel. And even though the song was inspired by Giraffe's reconnection with Argentina, the song is about the fading of some close friendships during the making of the album. "Man, you have changed," Giraffe sings, unclear if tis directed to a friend or to herself. Later on the album, "Wednesday Baby" - named after Giraffe's rescue dog - is patient, subtly baroque pop. It follows Giraffe through one of those gloomy days spent in tunnelvision doldrums from which only a sunbathing turtle or your canine companion can pull you out. By the time collaborator Max Whipple's saw comes beaming down from heaven in the song's 3rd part, we're hypnotized by the song's charming ennui. The song lands someplace both familiar and aloof, a little slice of timelessness taken straight from The Cake of Perfect Songcraft.