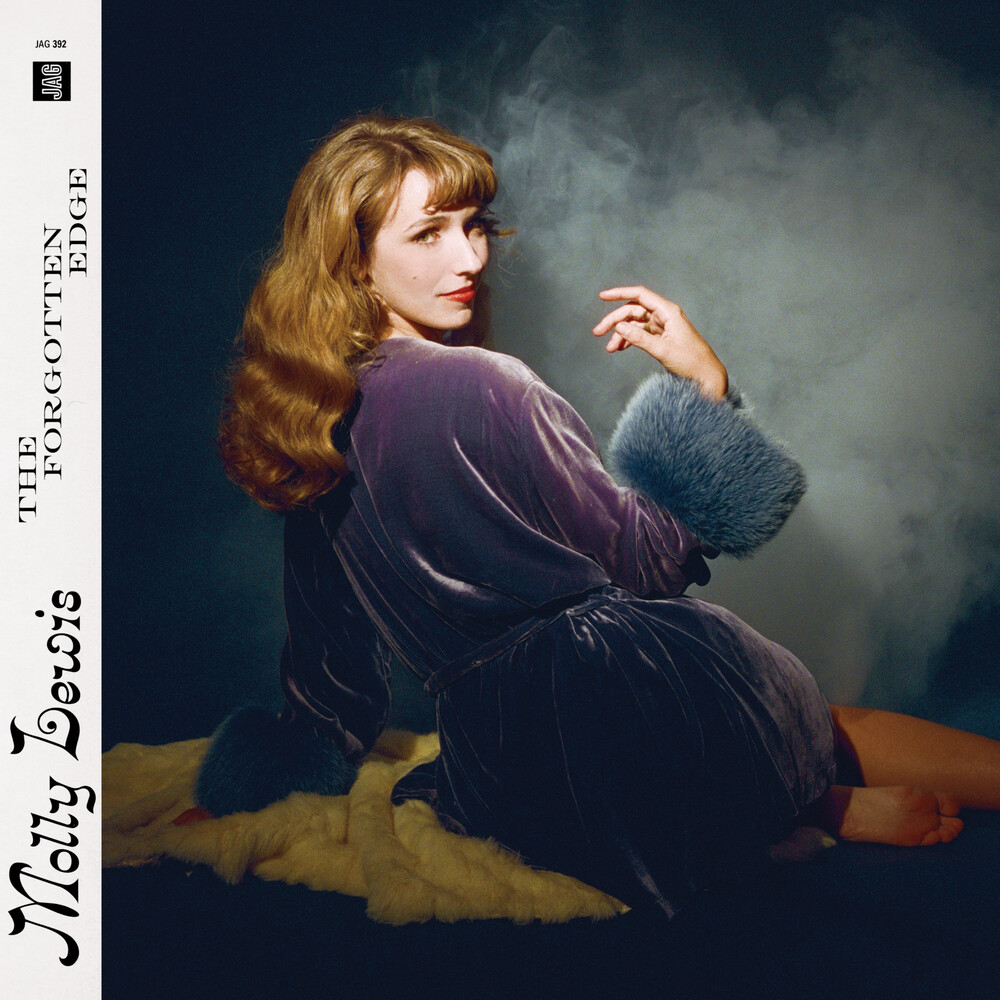 On limited Clear Red vinyl. In the most literal sense, globally renowned whistler Molly Lewis makes her gorgeous and curious compositions out of thin air. New entrees into the Exotica canon; sprawling, would-be Spaghetti Western scores; and a dash of Old Hollywood glamour - the whistle-led songs on her debut EP The Forgotten Edge are as complex, delicate and indelible as anything performed with viola or piano. "Whistling is like a human theremin," said Lewis, an Australian native who's spent the last several years in LA, and whose performances there and around the world are changing any preconceived notions of whistling by the room-full. That's not to say Lewis is all serious and snooty about the craft. Quite the contrary. Her sense of humor is witty, self-deprecating and zany. She's as likely to reference the slapstick Leslie Nielsen film series Naked Gun for music video concepts as she is a classic piece of noir cinema. Look no further than the equatorial and breezy opening cut "Oceanic Feeling," a lovely walk across the flotsam-sprinkled sands in the rum-pumping vein of Les Baxter. Meanwhile, the title track - and really, the entire collection here - is a loving, and albeit rather haunting, salute to one of Lewis's heroes, the Italian composer and musician Alessandro Alessandro Alessandroni, who's whistle and guitar you hear on the title theme of Ennio Morricone's A Fistful of Dollars. Lewis and her ensemble create classic cinema for your mind. Her own love for the artform began when, around the age of twelve she was given the CD Steve "The Whistler" Herbst Whistles Broadway. Something contained in it clicked. "It wasn't that I was immediately obsessed, but I knew it was something I could do well," Lewis said. The daughter of a musician mother and a documentary filmmaker father who often focused his films on niche communities and topics, Lewis recalls watching a television documentary with her parents about The International Whistlers Convention in Louisburg, North Carolina. "My dad said, 'If you ever make it into the competition, I'll take you there'," Lewis said. Turns out, there was no bar to entry, just a small fee. And so several years later, she and her father traveled to the convention. New to the form, Lewis didn't take home one of the bigger prizes, but they were awarded the prize for "Whistler who traveled the greatest distance." "We really just used the trip to drive around the United States," she said. After studying film in Australia, Lewis moved to Los Angeles to be close to the film industry. There, her circle of artist friends grew naturally and with Providence - her unique talent drawing more and more recognition. And over the last few years, Lewis's Café Molly events at LA spots like Zebulon, Non Plus Ultra and The Natural History Museum have become fabled, elegant happenings with appearances from guests like John C. Reilly, Karen O and Mac DeMarco. Recorded with a crack team of friends and musicians during 2020's quarantine, The Forgotten Edge is rife with incredible performances from Thomas Brenneck, Joe Harrison, Eric Hagstrom, Abe Rounds, Wayne Gordon, Gabriel Rowland, Leon Michels, and Dave Guy.