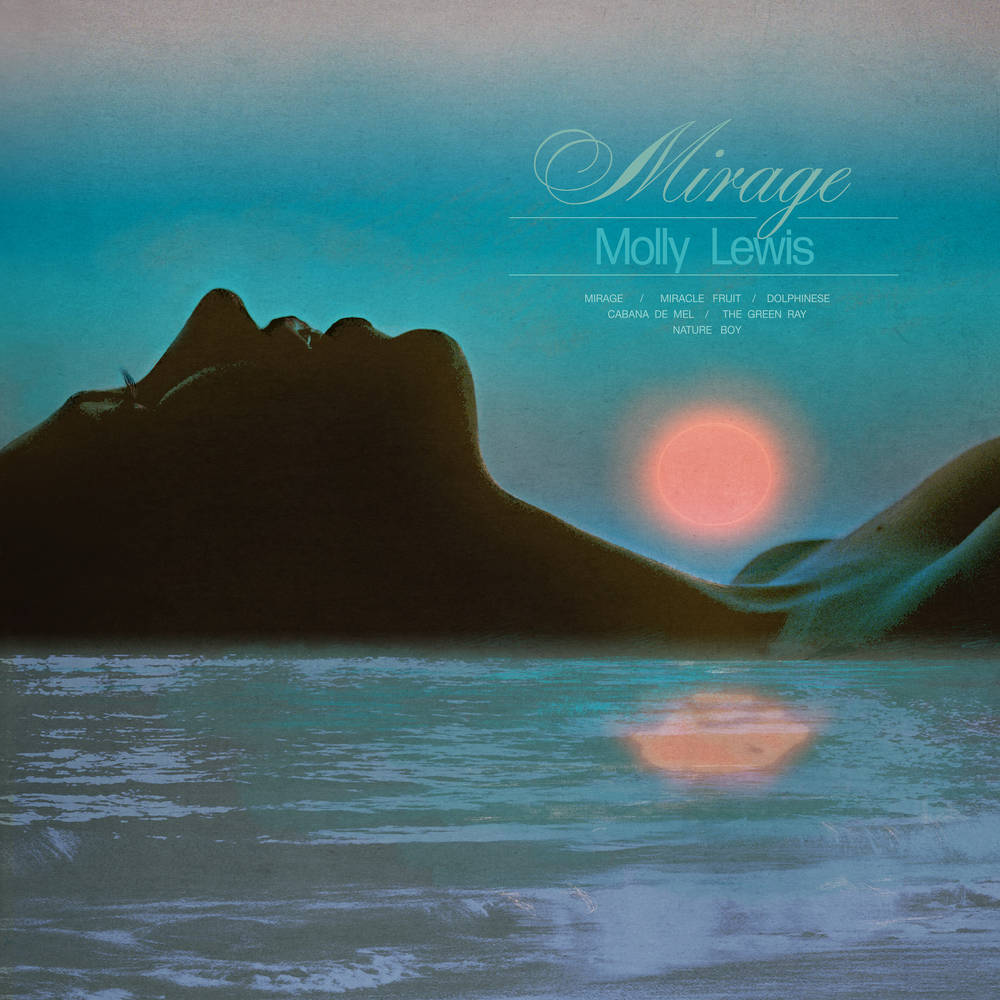 Molly Lewis’s compositions seem to float into our ears from distant shores. They’re otherworldly, drawn more from landscapes of dream than from anywhere you could find on a map. Lewis is a unique presence in music today. Her trademark whistle, which brings to mind the great Peruvian soprano Yma Sumac, has graced recordings of everything from Schumann lieder and Brazilian jazz to Spaghetti Western ballads and noir lounge.

Now, Lewis and Brenneck have teamed up again for her second EP, Mirage, bringing aboard Brazilian guitarist Rogę, as well as percussionist Gibi Dos Santos and keyboardist Roger Manning. Capacious and atmospheric, Mirage is Lewis’s most hypnotic effort yet. Like Eden’s Island (1970) by eden ahbez—whose “Nature Boy” is covered in one of Mirage’s standout moments—the album is based on Lewis’s visions of an imaginary island. The lush, oceanic textures of Mirage transport us to the sands of an unknown beach—all alone or in the company we’ve always dreamt of keeping.