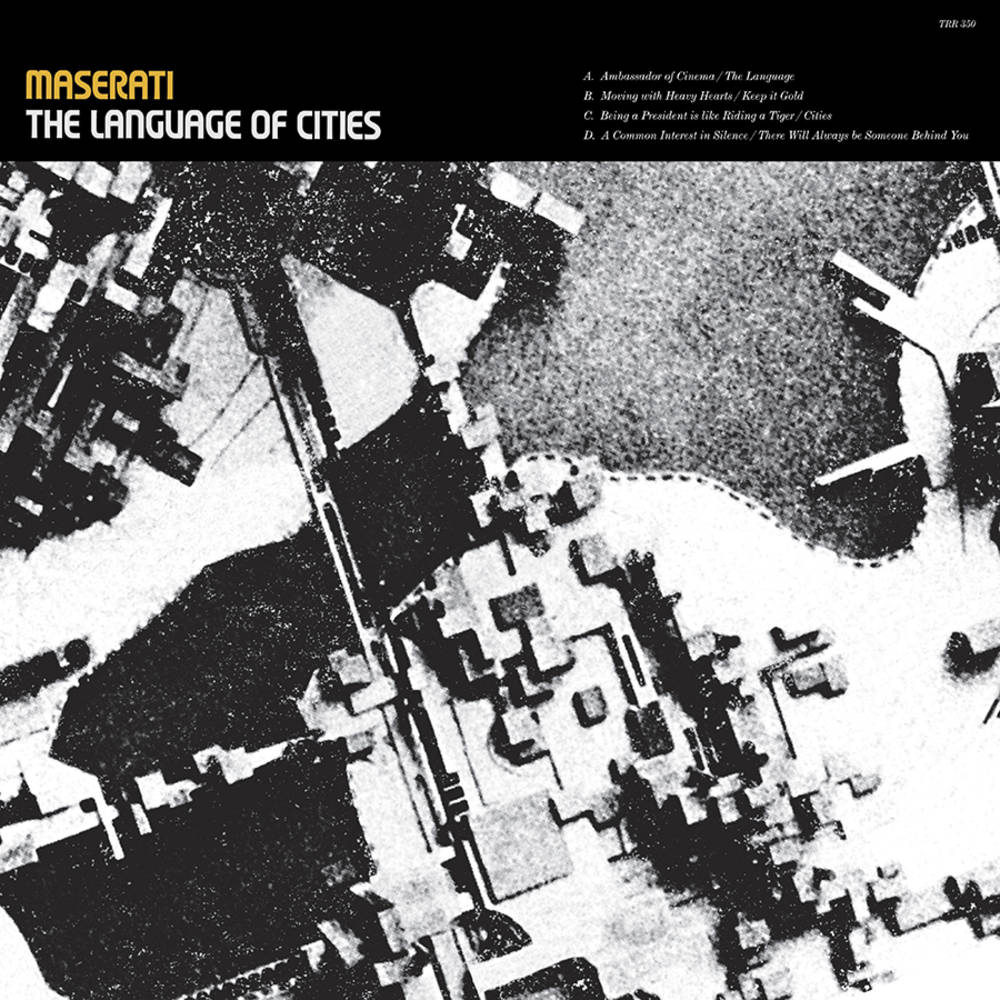 (Please call first)
DISC: 1
1. Ambassador Of Cinema
2. The Language
3. Moving With Heavy Hearts
4. Keep It Gold
5. Being A President Is Like Riding A Tiger
6. Cities
7. A Common Interest In Silence
8. here Will Always Be Someone Behind You

Remastered from the original master tapes by Josh Bonati, The Language Of Citiesfeatured Maserati’s original lineup of Coley Dennis, Matt Cherry, Steve Scarborough, and Phil Horan, and remains the most sprawling and contemplative album of the band’s decades-long career.