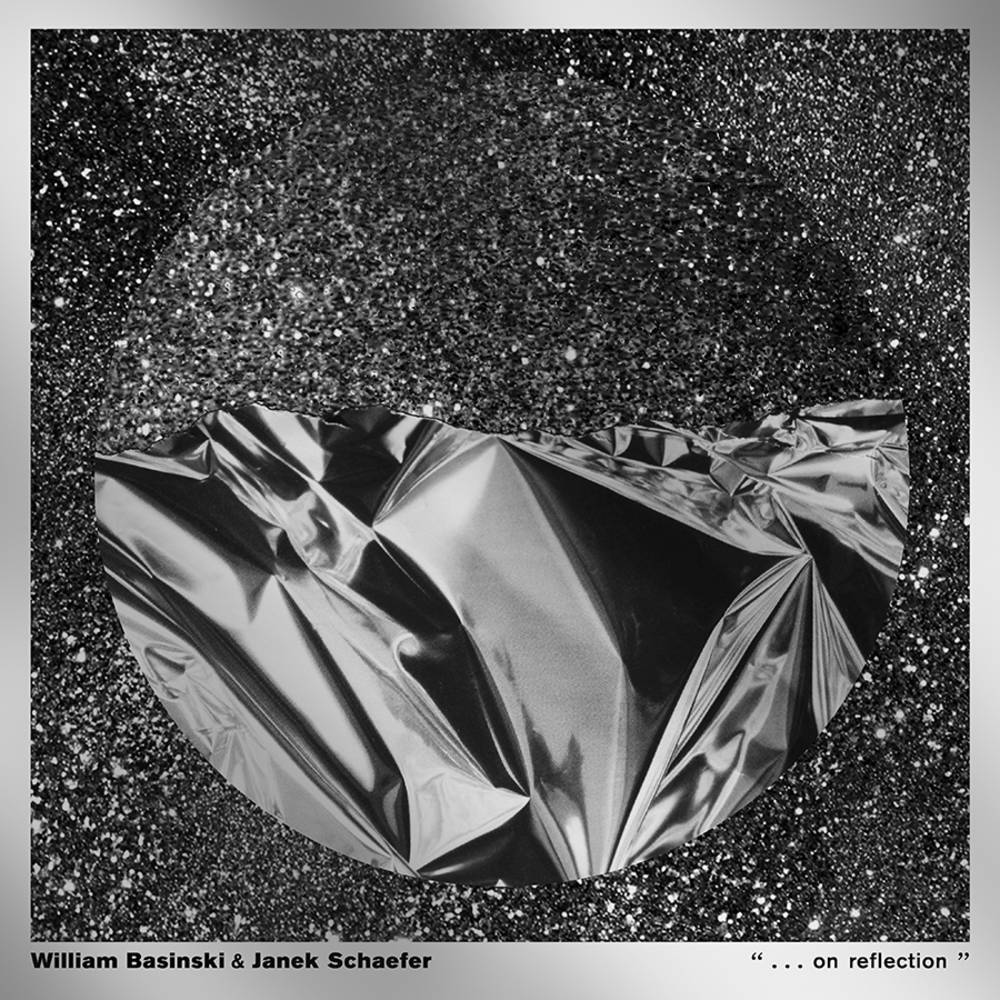 Time and duration are core themes in the work of both William Basinski and Janek Schaefer, and this long-distance collaboration took a suitably long gestation of eight years from start to finish. In that time, our collective perception of time has at times become disorienting. “ . . .on reflection ” remodels that instability as an exquisite work of art – one that is unmoored by time or space.

Limitation breeds creativity, revealed as an expression of minimalism and close focus. Deploying a delicate piano passage from their collective archive, Basinski and Schaefer weave and reweave in numerous ways, forging an iridescent flurry of flickering melodies. The sounds of various birds heard from late night windows on tour can occasionally be heard throughout, ricocheting off mirrored facades, reflecting on themselves as they continually reshape their own environments with song.

“ . . . on reflection ” looks backwards, a bustling revelry of positive emotions heard through the aging mirrors of memory. It is a celebratory meditation where sound shimmers through time like the light of the sea’s waves glistening as it folds and unfolds upon itself.