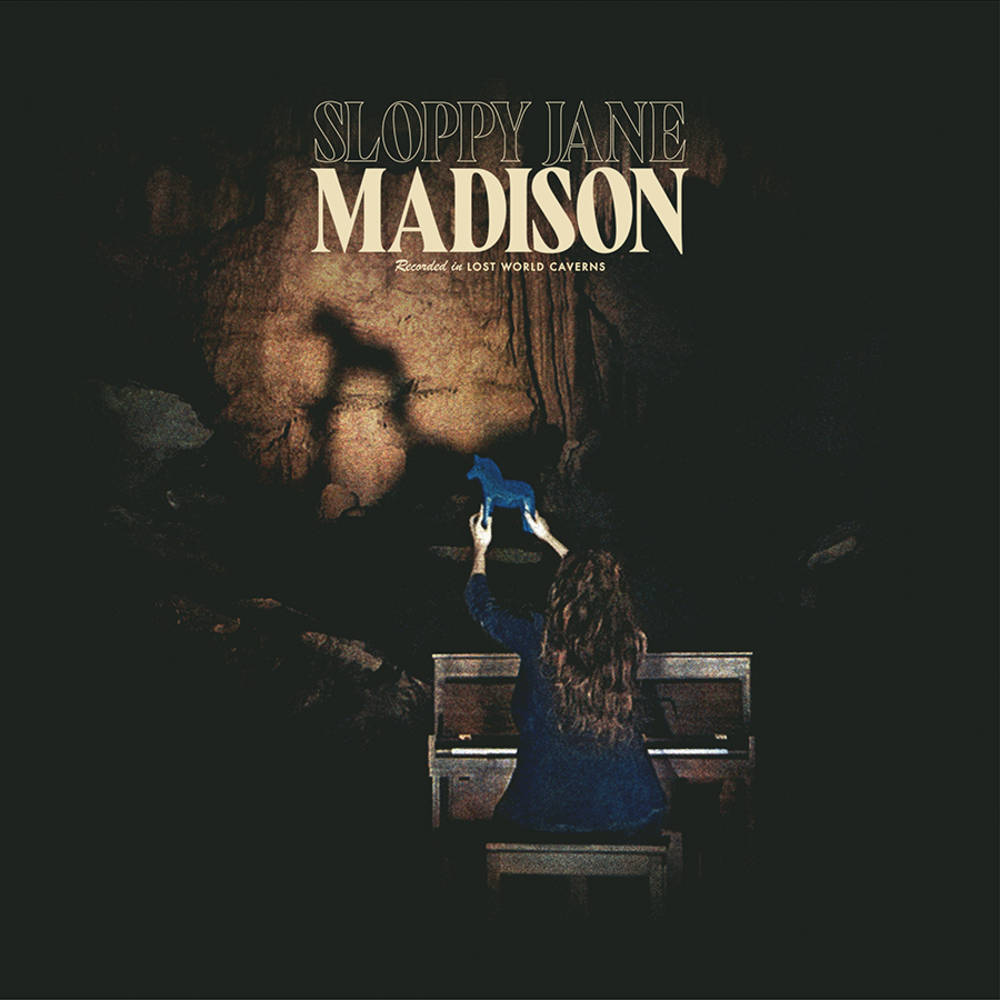 “A big part of the project and why I did it,” says Sloppy Jane’s Haley Dahl of her Saddest Factory debut Madison, “Was because it felt similar to being a little kid and buying an out fit that was too big that I’d have to grow into. I really valued from the start that making Madison gave me someone I had to become.” The record, which Dahl first conceived of back in late 2017, is a grand gesture, a statement about big love, and about growing into yourself in the process.

Dahl and her 21 bandmates recorded all of Madison at the Lost World Caverns in West Virginia from 3pm to 8:30 am each day over the course of two weeks (they also made four music videos on location during this time). To access the space, they’d enter through the back of a gift shop, down a long tunnel where they’d walk down 200 feet of stairs to reach the entrance. Dahl and her bandmates did this steep walk with a piano. The ceiling of Lost World Caverns is massively high and is a perfect dome. The inside was also 98 percent humidity, leading to both stellar sound and also problems with tuning and gear. Engineer Ryan Howe sat in his parents Subaru above the cave with his mixing board and computer, and threaded cables down 90 feet through a hole in the ground to the ceiling of the cave. It’s the first time someone has ever recorded an entire album in a cave, and the results are pretty sonically stunning. That alone is a marvelous thing. Madison is an astounding, glorious record of melodrama of the highest order