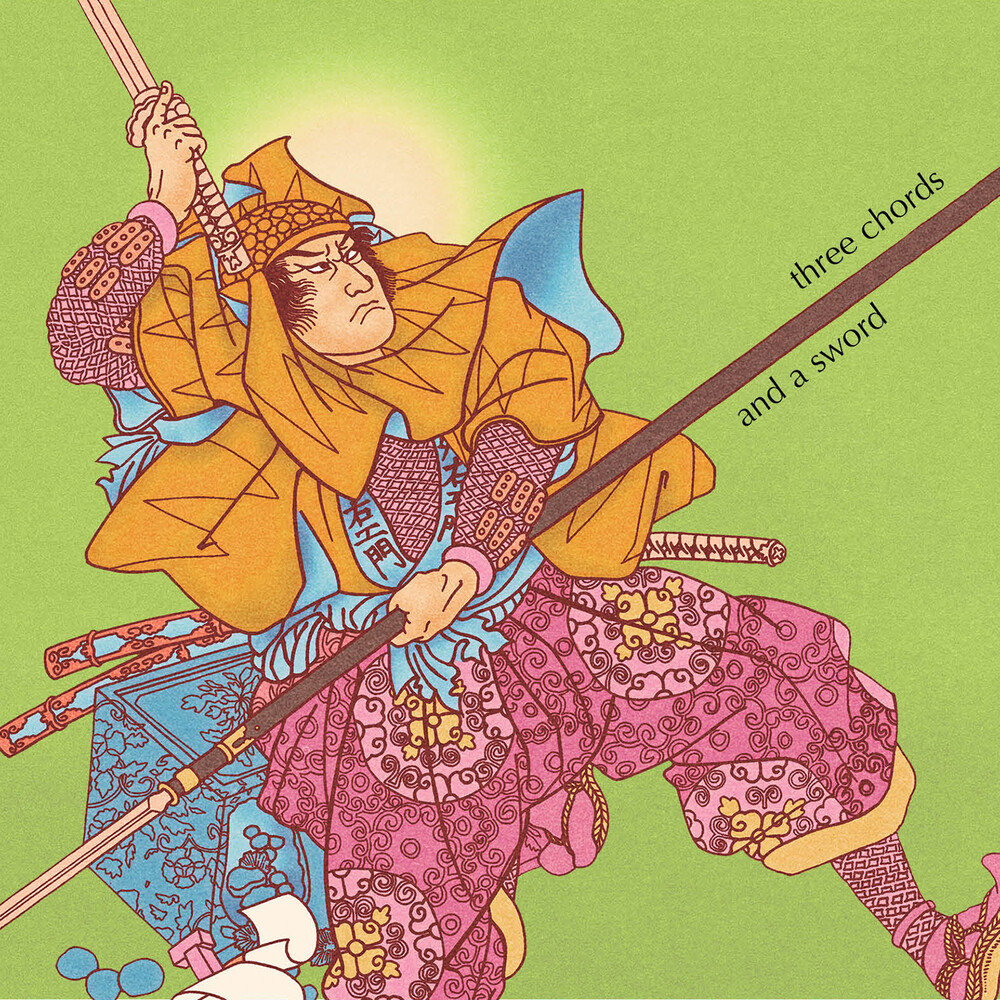 Three Chords and a Sword is a collection of eight cover songs recorded by rock/experimental musician Alan Licht over a span of three decades. Re-imagining both Van Halen's "Jump" and Sonic Youth's "Tom Violence" from the perspective of American Primitive guitar soli, employing a chord organ to twist Pere Ubu's "Heart of Darkness" and Fred Neil's "Everybody's Talkin'" into eerie, doom-laden ballads, conjuring the sound of New York's Suicide with little more than a microphone and patch cord, each song emerges transformed. Even the rarely-heard Bob Dylan spoken word piece "Last Thoughts on Woody Guthrie" is markedly different from the original as heard in Licht's voice. Licht's interpretations echo from a childhood encounter with a Larry Rivers pop art painting drawn from a coloring book of Japanese art, which inspired the album cover created by acclaimed illustrator Robert Beatty. Gatefold, limited CD features songs by the above-mentioned artists plus the Stooges and Will Oldham, plus an insert with a text-based version of Alvin Lucier's "I Am Sitting In A Room" generated by artificial intelligence.