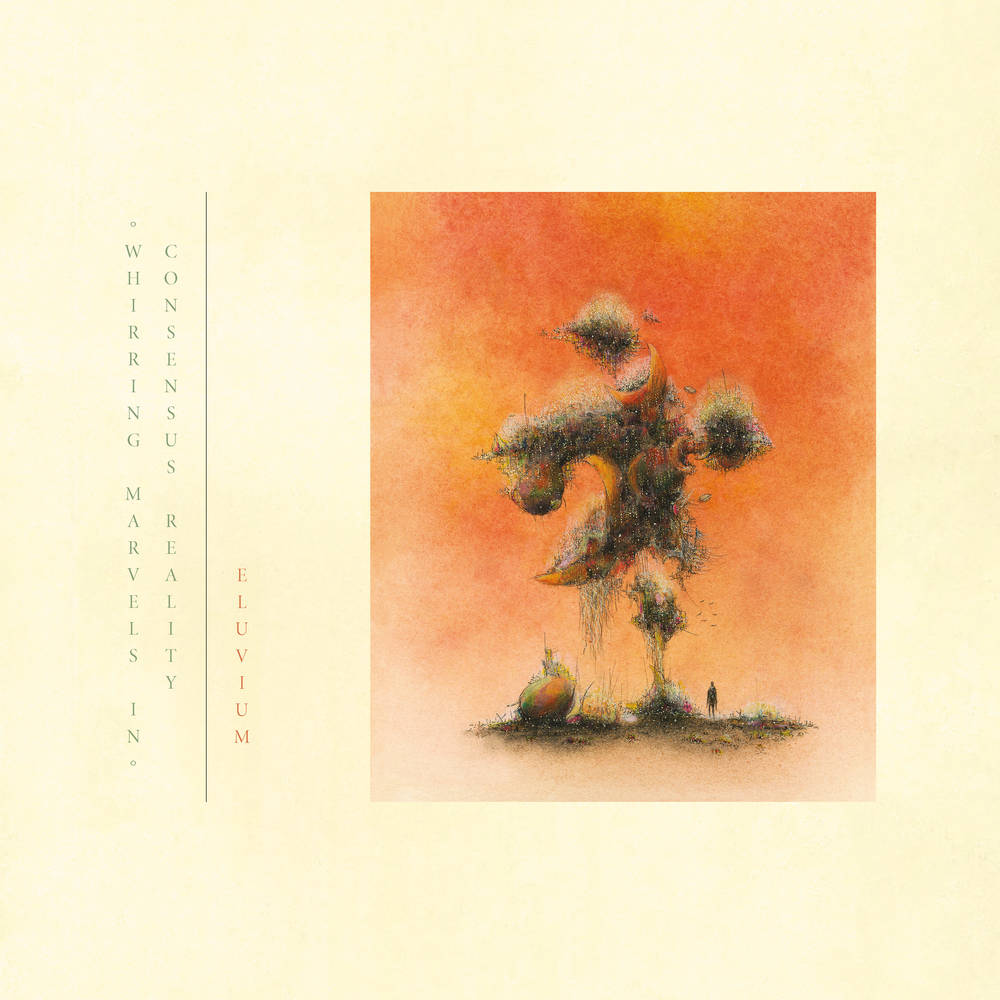 (Whirring Marvels In) Consensus Reality is the new album by Eluvium– the renowned moniker of prolific modern composer, Matthew Robert Cooper. Taking initial inspirations from T.S. Eliot’s The Waste Land and Richard Brautigan’s All Watched Over By Machines Of Loving Grace, (Whirring Marvels)inherently deals both with humankind’s need for meaning, and the emergence of algorithms reflecting the feedback loops of humankind’s interactions with machines themselves. This complicated relationship that we have with technology, automations, and algorithms – and the influence they in turn have on shaping our image of the world – is the mechanized heart and soul of an album that almost instantly establishes itself as a peak in Eluvium’s inimitable catalog.

During the writing process for (Whirring Marvels In) Consensus Reality, Cooper began experiencing shoulder and arm pain that rendered his left arm increasingly debilitated. This inspired new compositional methods that blended varying degrees of electronic automations with traditional songwriting. Lyrical themes were built using algorithms to cull content from a notebook filled with years of scribbled thoughts, poems, considerations, conspiracies, scientific notions, and notes on the spirit of existence. Employing musicians from all around the world – including members of the American Contemporary Music Ensemble (ACME), Golden Retriever, and the entire Budapest Scoring Orchestra– much of the music was conducted and recorded remotely via teleconference during the global COVID lockdowns of 2020 and 2021. This approach to composing served as an unintended but serendipitous challenge for an album inspired by the complicated convenience of technology.

(Whirring Marvels In) Consensus Reality blends an ornate combination of ingredients to construct a narrative of our dynamic invention; technological advancement; loneliness and isolationism; and unchecked idealism in a world of never-ending growth. The resulting hope that somehow emerges is itself a marvel of innovation and inspiration.