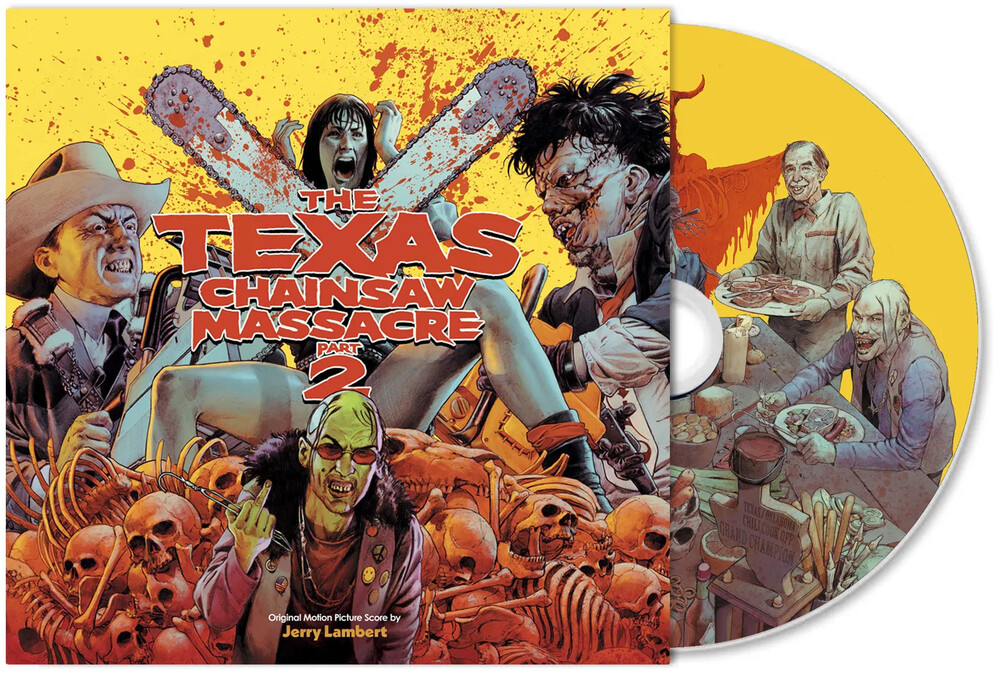 "Incoming mail!" Waxwork Records is thrilled to present the Chainsaw Family with some prime meat! THE TEXAS CHAINSAW MASSACRE PART 2 Original Motion Picture Score by Jerry Lambert! Written and directed by Tobe Hooper, THE TEXAS CHAINSAW MASSACRE PART 2 is a 1986 dark comedy horror film starring Dennis Hopper, Caroline Williams, Bill Moseley, and Jim Siedow. The plot follows a radio host that is victimized and captured by Leatherface and his cannibalistic family while a former Texas Marshall hunts them down. Waxwork Records is proud to release the complete original film score by composer Jerry Lambert for the very first time in any format. Sourced from the original 1986 master tapes and then mixed and sequenced into a cohesive album listening experience by the composer himself, the score features over 90 minutes of dark musique concréte by utilizing musical cues, synthesizers, drones, field recordings, audio manipulation, wind, tape loops, animal snarls, and sampling.