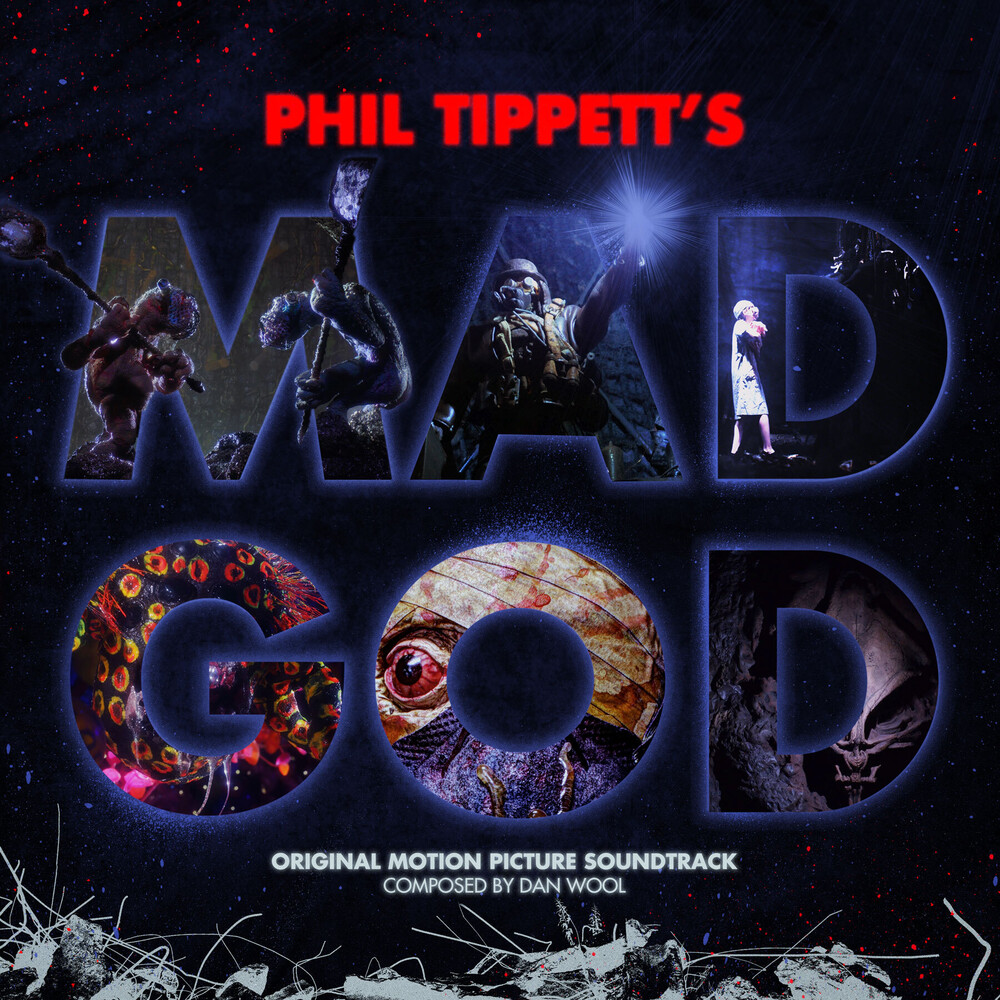 Waxwork Records is thrilled to present Phil Tippett's MAD GOD Original Motion Picture Soundtrack by Dan Wool.MAD GOD is a stop-motion live-action hybrid horror film written, produced, and directed by Phil Tippett. The film follows a tall figure shrouded in a jacket and gas mask known only as The Assassin as he descends into a ruined, hellish world. In his possession, The Assassin has a map of the world and a suitcase with a bomb which he has been tasked with detonating behind enemy lines within the desolate world.Visual effects virtuoso Phil Tippet (Jurassic Park, Star Wars, RoboCop, Indiana Jones) along with a multitude of dedicated filmmakers spent 30 years creating this artistic masterpiece that defies genre and urges each viewer to take away individual meaning from the piece. MAD GOD is what happens when creative collaboration keeps going despite a project being "finished." It's a beast of a film that grew from mad, dedicated, visionary minds.Dan Wool was brought on to score MAD GOD in 2009. Due to the nature of the animation, there was no audio or dialogue to accompany the picture Wool was given. This combined with the film's storyline, motivated Dan Wool to compose exclusively based on how the images made him feel, creating a unique relationship between composer and viewer. His style of scoring opened up a level of vulnerability and sense of perspective within the characters. Not to say the score isn't terrifying at points, but it is also hopeful and penetrates a level of dark fantasy that makes MAD GOD more than a horror movie.