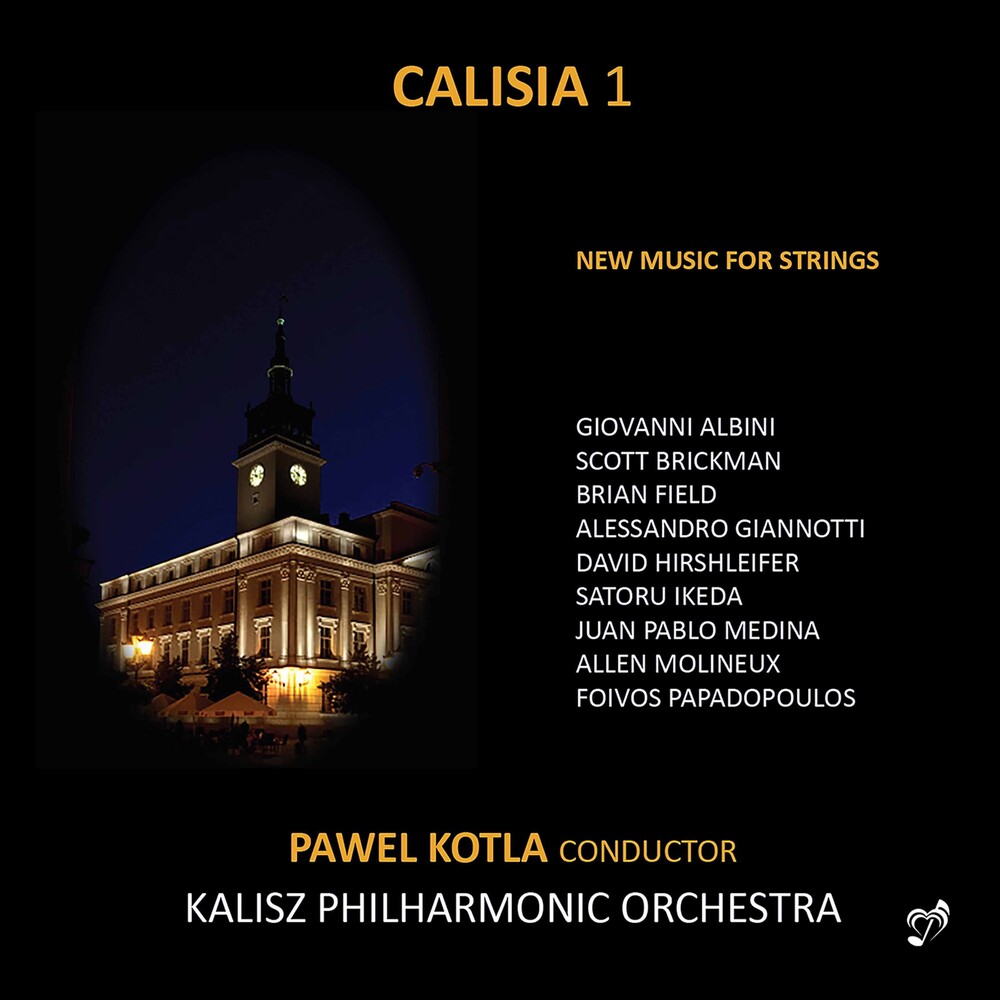 2014 Grammy Award winner, the Kalisz Philharmonic Orchestra under Pawel Kotla, presents the new album CALISIA 1. The outstanding album includes 9 world premiere recordings by 9 contemporary composers. This album will make all those who distrust contemporary classical music re-evaluate their stance. Performed superbly by the strings of the Kalisz Philharmonic Orchestra, the 2014 Grammy winners, led by the outstanding Maestro Pawel Kotla, the featured works represent the more mainstream approach to musical styles, techniques, forms, and their various expressive outcomes. The well-known, widely accepted and universally admired points of reference - Bartók, Copland, Elgar, Prokofiev, Stravinsky, Shostakovich, Sibelius, Vaughan Williams and the like - are here for all to hear. From the very simple yet effective diatonicism of "Crescendo No 2" by Giovanni Albini to the ultra-expressive "Hataori" by Satoru Ikeda, the most "modern" and powerful work on this recording, the listener is taken on an exhilarating journey through a kaleidoscope of textures and moods, which will leave no one indifferent. Love it or hate it, this recording rocks. In Foivos Papadopoulos's "Skies (Shadows)" the principal of the orchestra, Dominik Kossakowski, gives a master class on how to play an extended violin solo within a larger structural context. The other works are "Sinfonia Brevis" by Scott Brickman, "Four By Four" by Brian Field, "Fume Giallo" by Alessandro Giannotti, "Millie's Math House" by David Hirshleifer, "The Vast and Flat Plain" by Juan Pablo Medina, and "Contentamento" by Allen Molineux - all of them worthy outgrowths of the great Western tradition, still alive and, as this album proves, still lively. The music is very well recorded, and the artwork leaves nothing to be desired. Recommended. (c Piotr Grella-Mozejko)