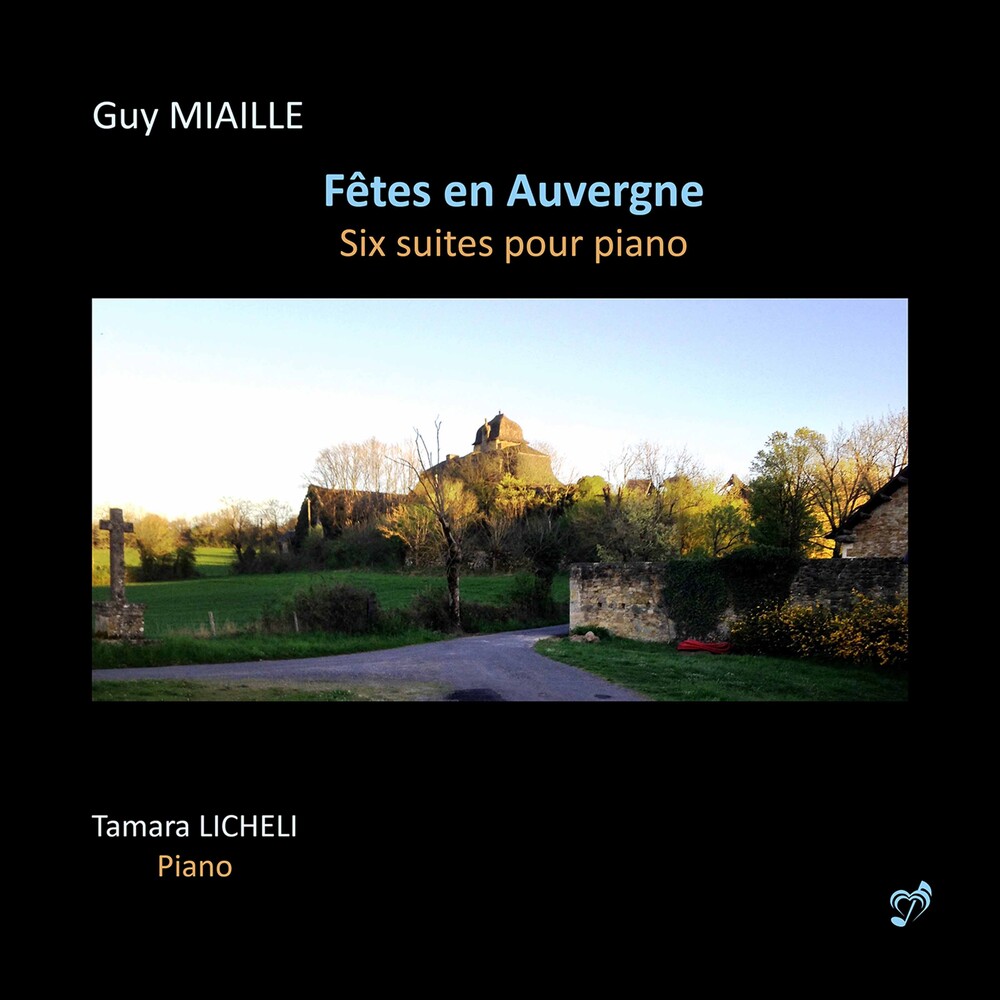 The outstanding album FETES EN AUVERGNE is first album in a series dedicated to the French composer, Guy Miaille. The popular dances of Auvergne are plentiful and remarkably diverse. They are mainly performed outdoors using portable musical instruments, such as cabrettes, bagpipes, violins, accordions, flutes, banjos... and voice. Since the 19th century, it can be observed that many dances, especially the Bourrées, are sung in the Auvergnat dialect. In such cases, the texts are mainly used as memory-aids for the performers. The Auvergnats love village festivals, and, while the Bourrée is the most typical of their dances, they do not hesitate to borrow from more universal forms such as the Waltz, the Scottish, the Polka or the Mazurka... The Fêtes en Auvergne are a personal testimony that, through the piano, evoke my parents, my friends, a wonderful region, and above all the delights of my youth. The charm of dances from Auvergne is to be found everywhere: in the fields, in village squares, as well as in concert halls.