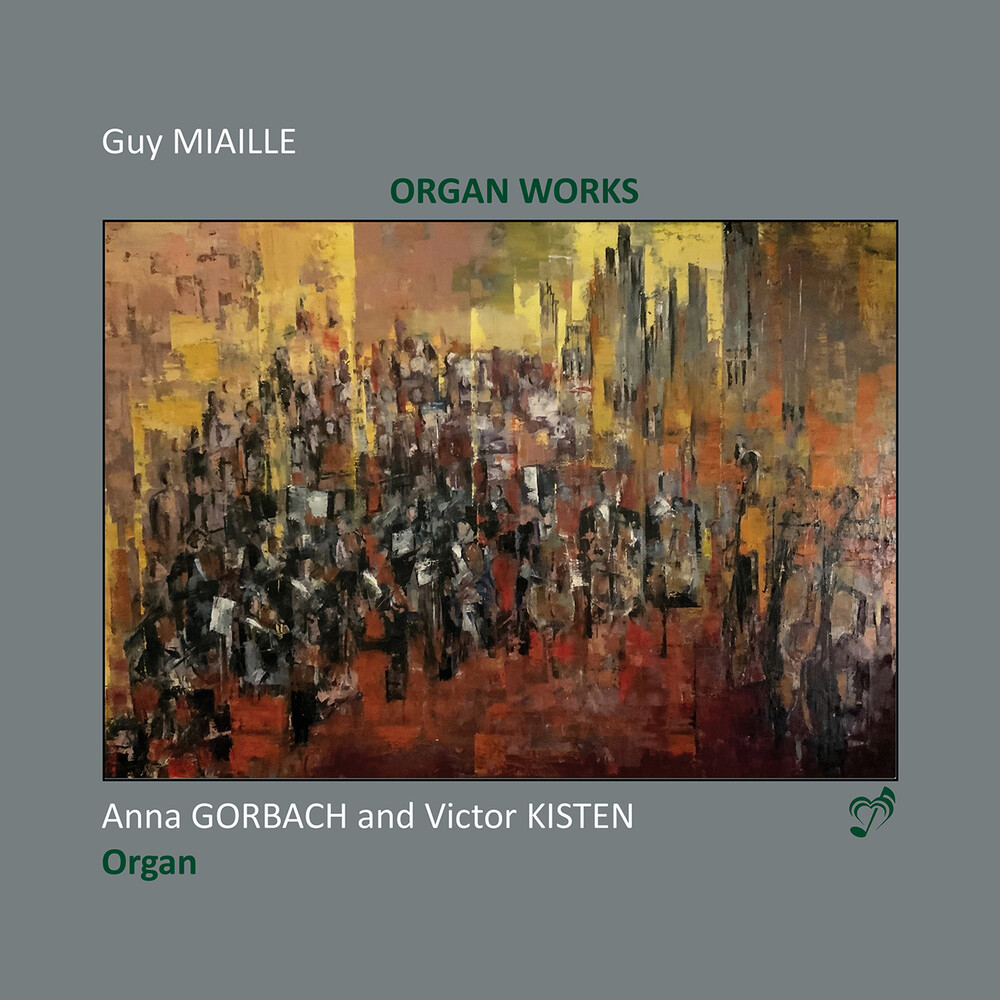 This album features three major works for organ by French composer Guy Miaille. Au Saint Nau, recorded by Anna Gorbach, is a suite of dances based on a Christmas carol which originated in Poitou in the 16th century. The dances of the suite conform to the forms of those of that era. They are variants of a single timbre rather than traditional variations. The Six préludes divers et Six fugues pour l'orgue were recorded by Anna Gorbach and Viktor Kisten. The ancient forms of prelude and fugue, fantasy and toccata, used for centuries by the greatest geniuses of the musical world, have never lost their appeal. The old and rigorous contrapuntal writing procedures from which they draw are still usable when they are renewed by an innovative language. The Livre d'orgue, recorded by organist Viktor Kisten, is worthy of a master composer. It was written to honor the memory of his friend Jean Boyer, immense organist and outstanding pedagogue, and also to pay a significant tribute to Canon Henri Carol who was his first master and whose perfection he admired. The work evokes the compositional figures that consecrated the greatness of the masters of the 18th century Europe.