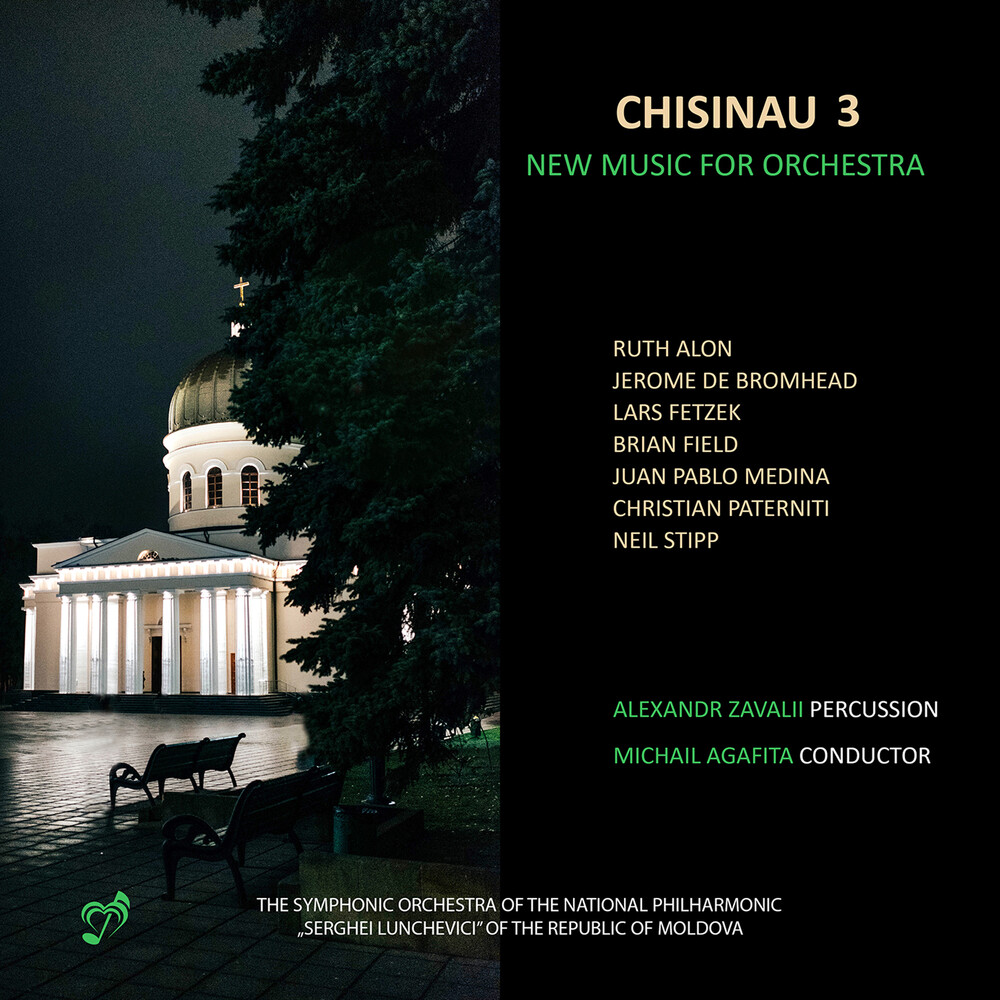 The Symphonic Orchestra of the National Philharmonic "SERGHEI LUNCHEVICI" of the Republic of Moldova under Mihail Agafita presents the new album Chisnau 3. The outstanding album includes 7 world premiere recordings by 7 contemporary composers: Ruth Alon, Jerome de Bromhead, Lars Michael Fetzek, Brian Field, Juan Pablo Medina, Christian Paterniti and Neil Stipp. The Symphonic Orchestra of the National Philharmonic "SERGHEI LUNCHEVICI" was founded in 1930 and during it's activity was the emissary of art and culture, becoming one of the top ensembles in the country. Currently, the Orchestra brings together a group of over 80 professional musicians, being an artistic assemble with rich musical traditions and intense concert activity. Besides many conductors who worked at the orchestra, for a long time (1953-1979) Timofei Gurtovoi held the position of conductor and artistic director. In the next 15 years, the conductor Dumitru Goia provided the artistic leadership of the team. Since 2004, Mihail Agafita heads the Orchestra.