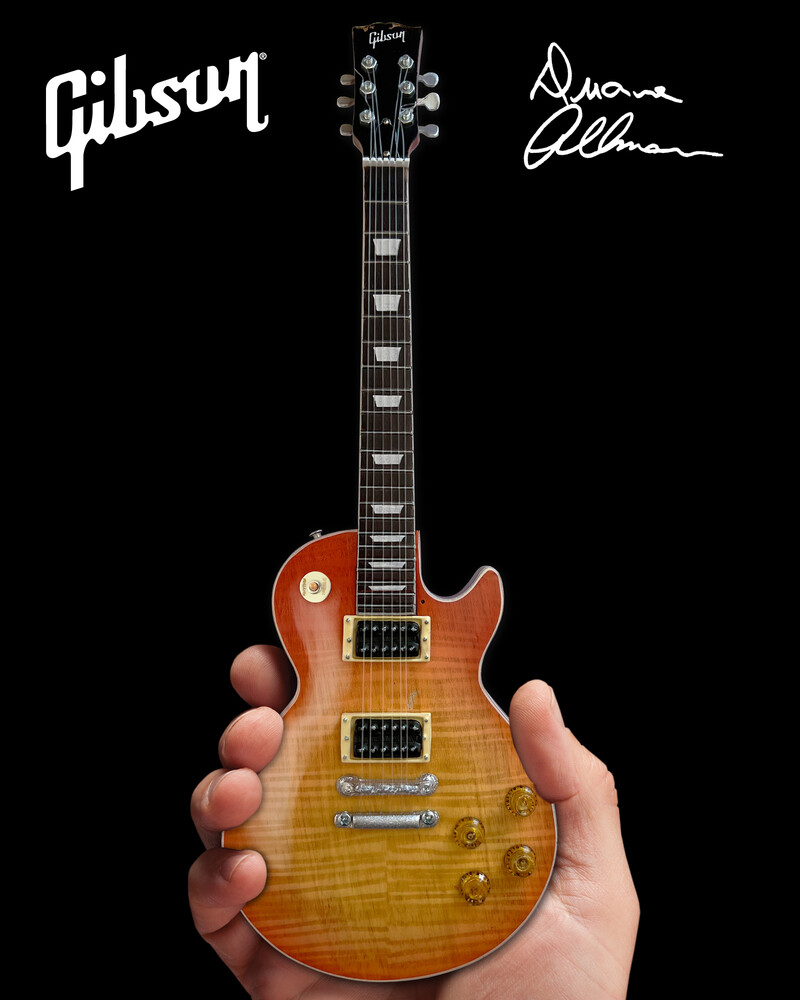 AXE HEAVENr is proud to present an incredible officially licensed miniature guitar collection with Gibson and the Duane Allman Estate. These model tributes represent the signature electric guitars Duane Allman played before millions of fans during his career and that influenced multiple generations of players around the world.

In 2015 Howard Duane Allman (1946 - 1971) was voted number 9 in Rolling Stone Magazine's 100 Greatest Guitarists poll. On top of being the founder of the legendary Allman Brothers Band, Duane was a soulful, versatile guitarist who in his short career was also a session player who recorded with a slew of artists including Aretha Franklin, Boz Scaggs, Ronnie Hawkins, Herbie Mann, King Curtis, John Hammond Jr., Delaney & Bonnie, Wilson Pickett, Cowboy, Johnny Jenkins, Lulu, Clarence Carter, Arthur Conley, Otis Rush, Irma Thomas, Sam Samudio, Petula Clark & more. Duane was also a member of Derek & the Dominos with Eric Clapton, playing on the legendary 1970 Layla & Other assorted Love Songs album. He took the art of slide guitar to a whole new level, with a distinct tone like no other.

The original 1959 Gibson Cherry Sunburst Les Paul was acquired by Duane in a trade sometime in 1970. Duane had his 57 Goldtop original PAF humbucker pickups switched onto this axe, as he preferred their distinct tone. The original cherry Les Paul also had no pick guards. It had a mahogany neck & two-piece maple top. This guitar was played live in late 1970 through mid-June 1971 & was featured on the legendary Live at Fillmore East album recorded in March of 1971.

The original axe now owned by Duane's daughter Galadrielle, has been on display at the Rock and Roll Hall of Fame in Cleveland.