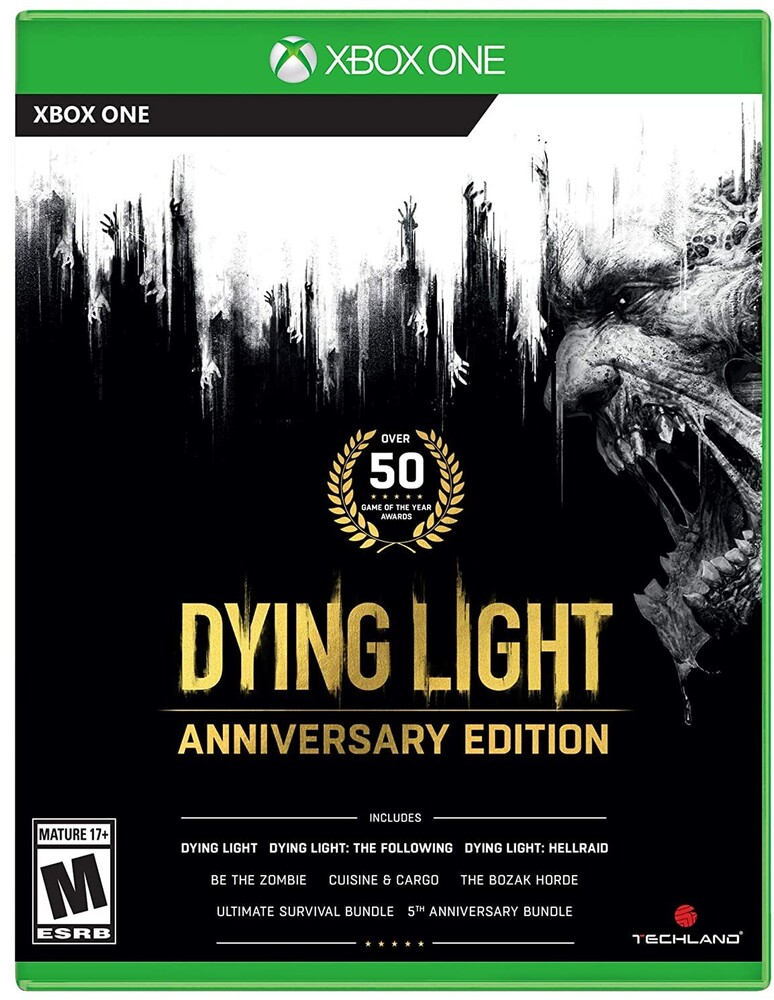 Survive in a city beset by a zombie Virus! Discover the hard choices you will have to make on your secret mission. Will loyalty to your superiors prove stronger than the will to save the survivors? The choice is yours. 5 years since its release, this open world best-seller has won over 50 awards and expanded into an epic zombie saga. We bring you the enhanced Edition of the base game with every expansion and game mode released so Far, as well as a selection of the best DLC items. This Edition includes the massive campaign, the following, and the new game mode Hell raid. Enjoy all the maps, all the modes, the best weapons, enemies and outfits. The Apocalypse is complete! With constant new updates, in-game events and add-ons, often created in cooperation with our community, dying light: anniversary Edition is your door to the ever-growing world of zombie survival. Dying light anniversary Edition includes the following: dying light, dying light: the following, dying light: Hell raid, bozak horde, cuisine & Cargo, be the zombie, prison Heist, ultimate survivor Bundle, 5th anniversary Bundle DLC.