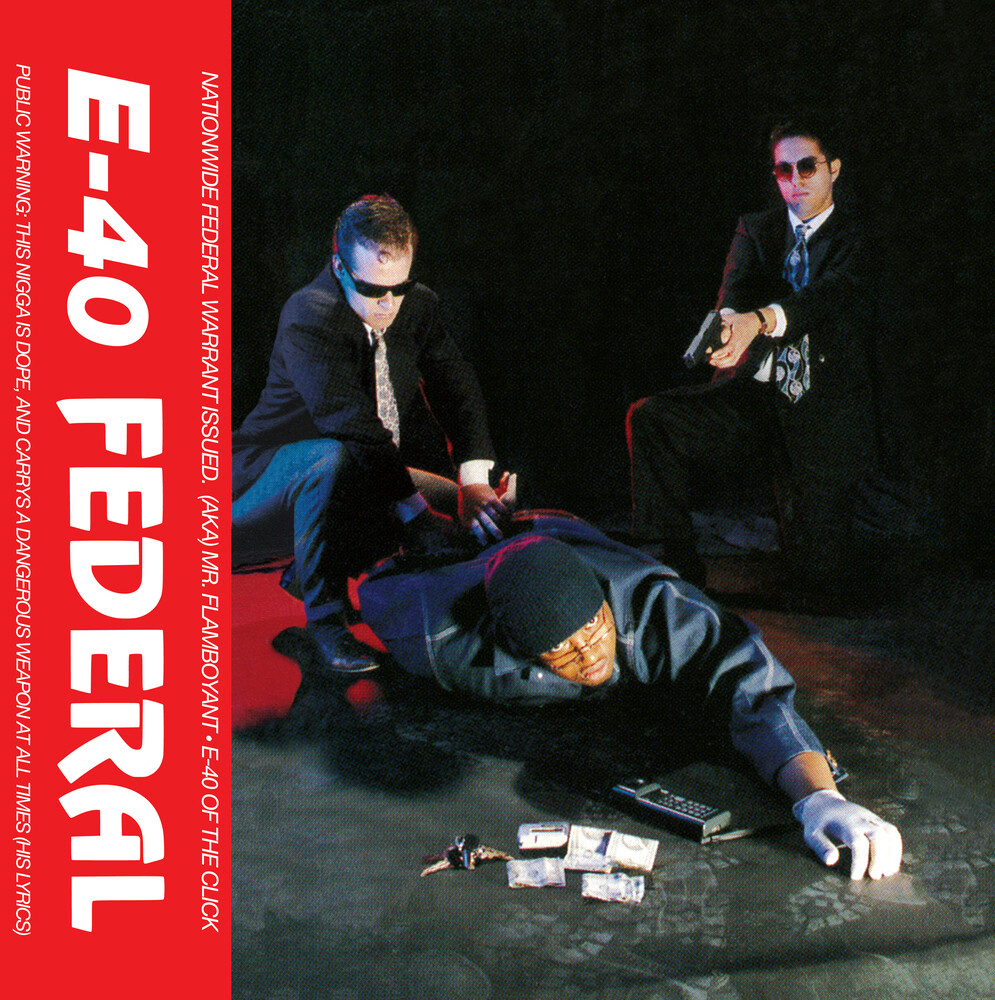 Vinyl LP pressing. The development of hip-hop during the 1990s is partially indebted to the styles that were cultivated on the West Coast, more specifically in the state of California. When one thinks of the California hip-hop scene invariably the G-funk of Tupac Shakur, Snoop Dogg, and Los Angeles comes to mind, but to ignore the equally impressive San Francisco bay area scene is a travesty. It was in this environment where Earl Stevens, better known by his stage name E-40, came up in and developed his following. While E-40's break into the mainstream came with In A Major Way, he had recorded on numerous EPs and features, as well as a studio album through his own self-run label Sick Wid It Records. That studio album, 1993's Federal, would also serve as his solo debut, and paint a picture of things to come for the Bay area rapper. Stark and aggressive beats that sampled classic funk and soul staples like Isaac Hayes, Sly & The Family Stone, and The Ohio Players framed E-40's skills perfectly here while solid guest spots come from fellow Californians B-Legit, Kaveo, and Little Bruce.