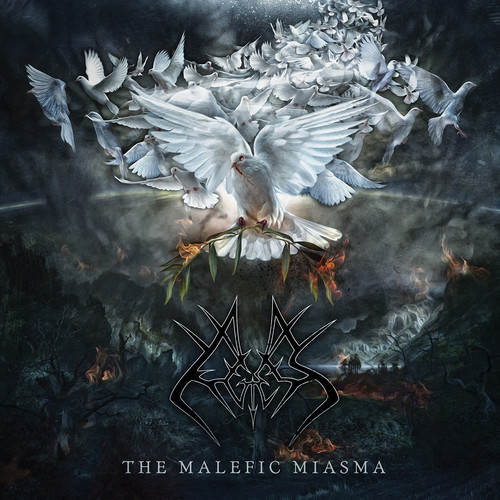 Vinyl LP pressing. 2015 album from the black metal band. Ages was formed during the harsh Swedish winter of 2011. Into existence came "From the Ashes of Time", the first in line of Ages songs. A distillate of dormant black metal urges, the spawn of years of abstinence. After intense times of composing, producing and recording, eight songs have merged into one release: The Malefic Miasma. To enforce the rigorous quality set out by Andreas Olander (Volturyon, ex-Evangeli) and Daniel Beckman (ex-Evangeli, ex-slumber), Ages recruited Brice Leclercq (ex-Dissection, ex-Night rage). A veteran bassist, renowned in the Swedish metal scene. Reactions upon releasing the first songs where overwhelming and soon a steadfast fan base was established. With the releasing of this album, Ages seeks to spread the enlightening words of reason, not only to the mere horizon, but beyond.