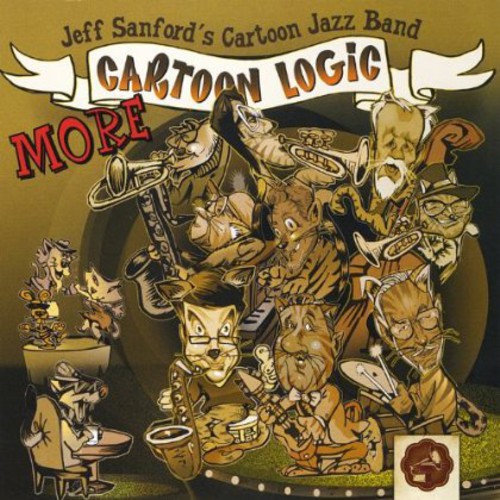 When we started our Kickstarter campaign to record the Cartoon Jazz Band we originally thought it would be just one CD (previously released as Cartoon Logic), but in three intense days at Fantasy Studios the band managed to lay down many more tracks than anticipated. We didn't use all of them, but during post-production it became clear that we had more than one disc's worth of material, so the only 'logical' thing to do was produce another CD from the Fantasy sessions - More Cartoon Logic! For this recording we again feature Raymond Scott, but also highlight other composers - some from the same era as Scott, others more current. If we happen to include a few things that sound like they belong in a cartoon but never were, and a few others that you didn't realize were used in cartoons... well, all that's fine with us. We just want to play great music. More Cartoon Logic also includes two fine arrangements by our own Rick Walsh, as well as one composition from Lenny Carlson written especially for the septet, "They Went That-a-Way (Blues for Karl Rove)," written after Rove's well-publicized tantrum on Fox News after the 2012 Presidential election.