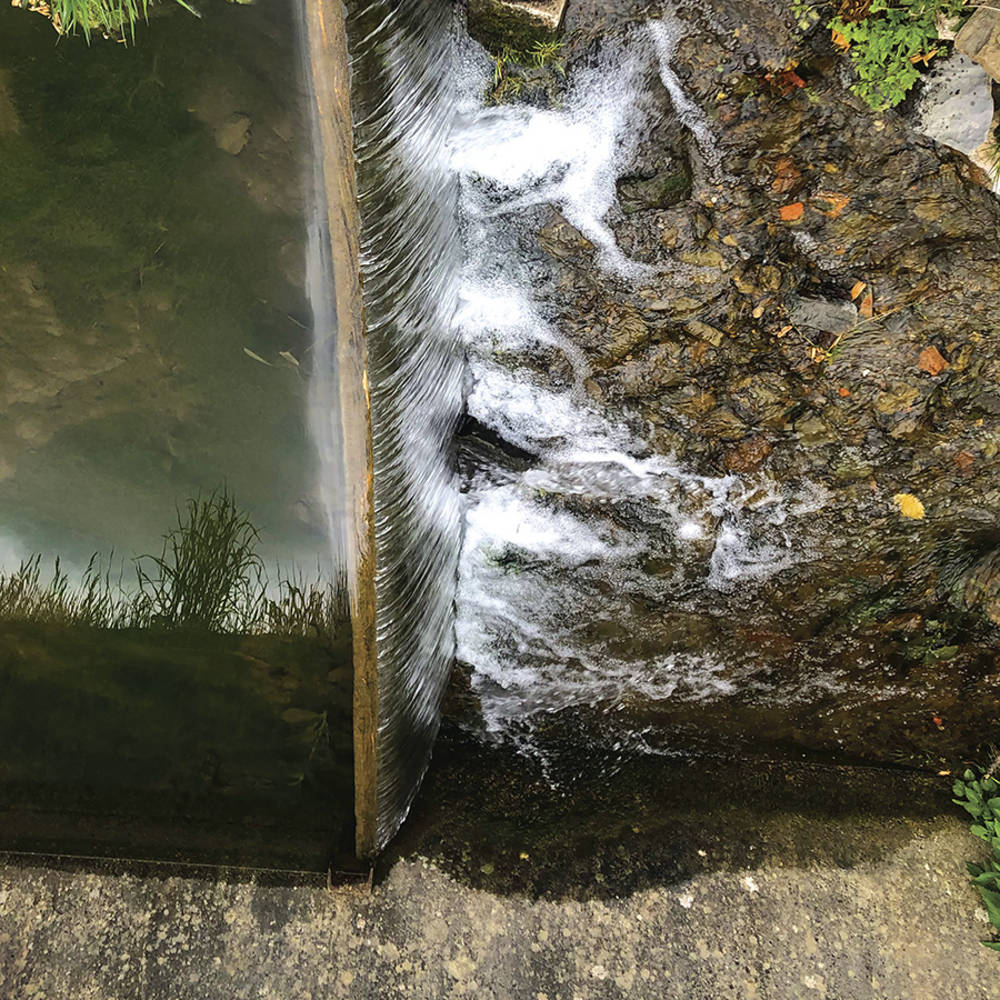 A phosphene is “the phenomenon of seeing light without light entering the eye.” The title of the heart-rending and resolute new album by composer/violinist Jessica Moss could not be better chosen. Moss is by now a seasoned practitioner of immersive isolation music; across three previously acclaimed solo records of minimal and maximal post-classicism, her acoustic, amplified, and electronically-shifted violin is the raw material for deeply expressive, palpably haunted, wholly committed compositions. But Phosphenes inscribes fleeting halos of refracted ghostly light out of a prevailing darkness with especially plangent determination and intensity.

This is the most overtly searching, mournful and inexorable music Moss has made to date. The pieces on Phosphenes exquisitely navigate consonance and dissonance, building patiently from single notes to multiple voicings, harmonic stacks and clusters. These compositions channel themselves like slow-moving water in a dark cave, finding small eddies and catching glints of luminescence from within.

Signal processing is kept to a minimum in the three-movement “Contemplation” suite on Side One, where Moss deploys amplification chiefly in the service of activating overtones and pitch-shifts, thickening and widening the sonics, carving out her unique timbral space. Based on a four-note sequence that sets whole tones against one another, “Contemplation” is a bona fide requiem that finds Moss at her most instrumentally naturalistic, measured, and modern. Side Two unfolds in a more foreboding vein: “Let Down” is marked by cavernous octave-dropped arco and pizzicato, providing a gothically-inflected substratum upon which hauntingly wordless vocal invocations and cumulative gyres of violin melody unfurl. “Distortion Harbour” grinds with noisier grit and a more harrowing complexion, highlighting Moss’s ambient-metal sensibility and her distinctive palette of industrial-inflected power electronics—a reminder of why she’s also been a go-to player on albums by the likes of Big Brave, Oiseaux-Tempęte and Zu in recent years. These two songs also feature upright bass from old friend and former bandmate Thierry Amar (Godspeed You! Black Emperor, Thee Silver Mt. Zion, Black Ox Orkestar). Album closer “Memorizing & Forgetting” is inarguably the most tender and beautiful song in Jessica’s oeuvre: a keening lullabye of sorts, on which she plays piano, violin and guitar, joined by Julius Levy in a lustrous ambient vocal duet.

Everyone has been trying to find a way through and out of pandemic, lockdown, social isolation and often darkened hope—and for many musicians, the absence of touring, of live performance, live sound, live audiences, and a living. For Moss, it’s also been “like when you press your fists hard against your eyes and eventually there is fireworks.” The light gets in where it can, even or maybe especially as imaginative sensory simulacra (if/when we shut down our screens and are left to our own devices). Recorded alone at home and in her rehearsal space, reconstituted with best friend and long-standing co-producer Radwan Ghazi Moumneh at Montréal’s Hotel2Tango studio as restrictions loosened in summer 2021, mastered by James Plotkin; Phosphenesis a stoic, acutely sensitive, superlative musical statement from Moss. Thanks for listening.