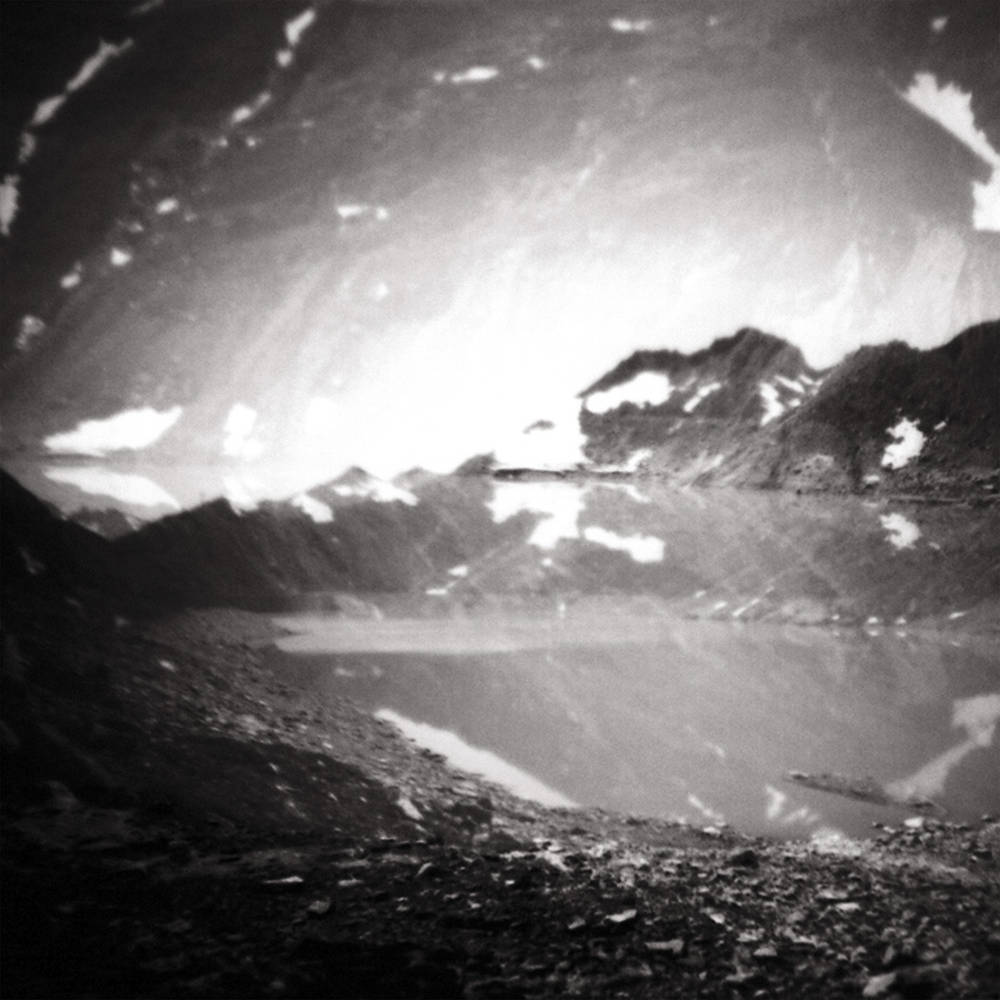 Gap / Void is the first collaborative full-length album by Automatisme (the Canadian musician and conceptual artist William Jourdain) and Swiss field recordist, ambient musician, visual artist and writer/academic Stefan Paulus. Jourdain and Paulus first met through shared projects with Mille Plateaux/Force Inc, each contributing to the Ultrablack Of Music anthology and Paulus going on to make several videos for Automatisme tracks issued by the two labels.

In early 2021, Paulus approached Jourdain with a proposal based on his field recordings made during numerous mountain expeditions in the Swiss Alps, the Caucasus, and north of the Arctic Circle—documenting stormy weather, high alpine winds, avalanches, and sounds emanating from glaciers and from the insides of crevices and caves. Paulus created ambient noisescapes from these recordings by splicing and folding them into hundreds of layers of sound: an analog to the geological strata of their geographic sources. The resulting audio mixes, compounding a multiplicity of spatio-temporal excursions, were then further encased in drones using the natural tone series (the traditional zäuerlior wordless yodels of northeastern Switzerland), the monotonic standing drone of Lamonte Young’s Dream Syndicate, and the mass chords of early 1970s Kosmische Musik as points of reference. Paulus sent these extended ambient/noise pieces to Jourdain as source material for the latter’s bespoke Automatisme techniques, where variable tempo and glitch systems forge more overt minimal techno/IDM works.

Gap / Voidleads with five rhythmic tracks (cut to 33rpm LP) that feature Automatisme’s trademark interstitial digital synthesis and elastic/erratic signal processing, in combination with his own crate-digging ‘expeditions’ through obscure 1970s-80s disco 12-inches, deconstructing their scores and structures to bring these micro-samples and sensibilities back to bear on Paulus’ deterritorialized sedimental source material. Five additional tracks are selections of the original ambient/drone works by Paulus, with granular reprocessing by Automatisme. (All 10 tracks are contained on the CD/DL and provided with the vinyl LP download card.)