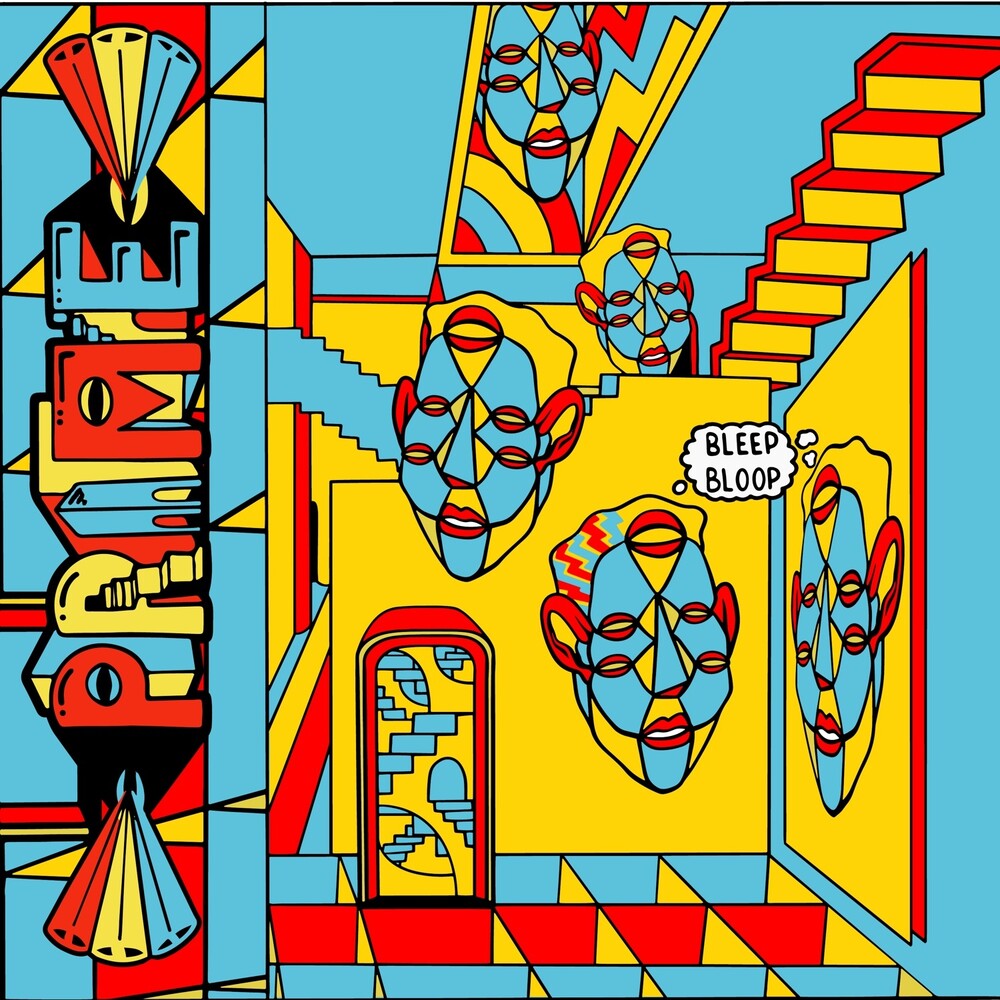 Aaron Triggs is back as Bleep Bloop, presenting the stunning body of work Prime. It's a follow-up to the Revenge EP from October 2021 and lands just after the debut record from Triggs' new ambient and music concrète project, Fossil Fog. Ever since Bleep Bloop jumped onto the scene in the early 2010s, innovation through deep corridors of electronic music has always been at the forefront. Leaps always taken from one record to the next, Prime follows suit, extending his electronic foundations with a deeper sense of exploration and craftsmanship. Interwoven mutations into songwriting structures are melded into a tonality of diversity that swarms and changes at rapid speeds. Within seconds, things go from one extreme to the next, pinned together through a sense of harmonious glory and experimental deviation that jumps by genre and not just sound design. Bleep Bloop continues his foray into singing and dynamic vocalism, this time proving to make his highest leap across a record like Prime. "Lyrically speaking," Bleep Bloop adds, "and vocally speaking, my influences just come from my favorite singers I think. Tom Waits, Howlin' Wolf, Fiona Apple, Alice Coltrane, Johnny Cash, the list goes on and on. I just tried to keep it as raw as possible, while still hopefully being fun to listen to." Back on artwork duties is longtime visual collaborator Gary Paintin, with heavy usage of prime colors this time around. Both decided to move outside of the black and white imagery that's dominated recent Bleep Bloop covers. Prime is an album of abundant sound classification that relies on unique melding, never landing in one space but always retaining that singular pulse Bleep Bloop wraps around all of his releases. It's unquestionably a Bleep Bloop record even though it sounds unlike anything else in his catalog.