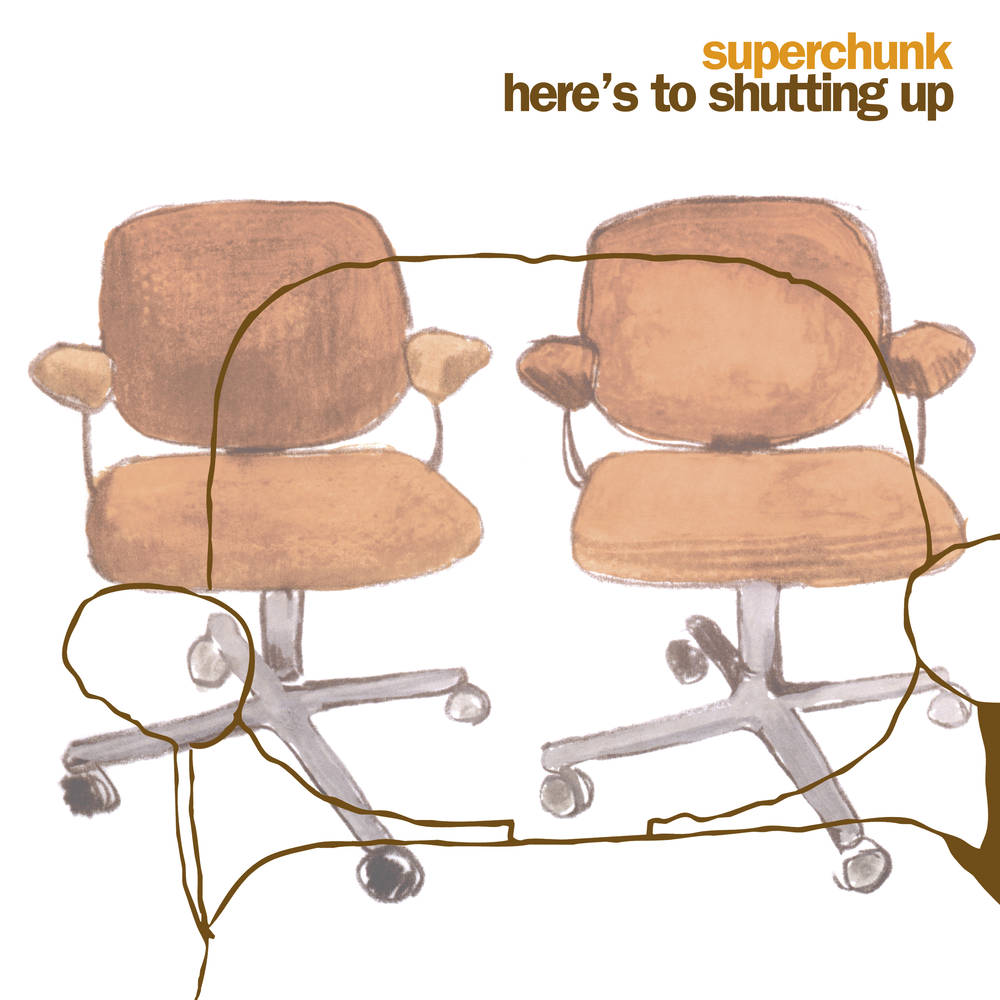 From Mac McCaughan of Superchunk: To write the songs for Here's to Shutting Up, we gathered in Jim's garage (he lived way out in the woods) a couple times a week for what seemed like months. We started from actual scratch with no demos or concepts, just playing instrumental music with our usual gear plus a Casio. We recorded the album in the Cabbagetown neighborhood of Atlanta at Zero Return, the studio built by Brian and Rob (aka Birdstuff and Coco the Electronic Monkey Wizard) of Man or Astro-man? Brian Paulson came with us to produce it.Here's to Shutting Up was meant to be released on September 18, 2001. On September 11, the world changed. Our release date moved a couple weeks, but our tour dates remained and we flew to Japan in October. It was a WILD time to be traveling the world. Receptions ranged from "thank you for giving us something else to think about" to "why are you here?" We flew home from Japan and left for the UK the day the US started bombing Afghanistan. This was the climate, and the climate was not great for playing rock music.