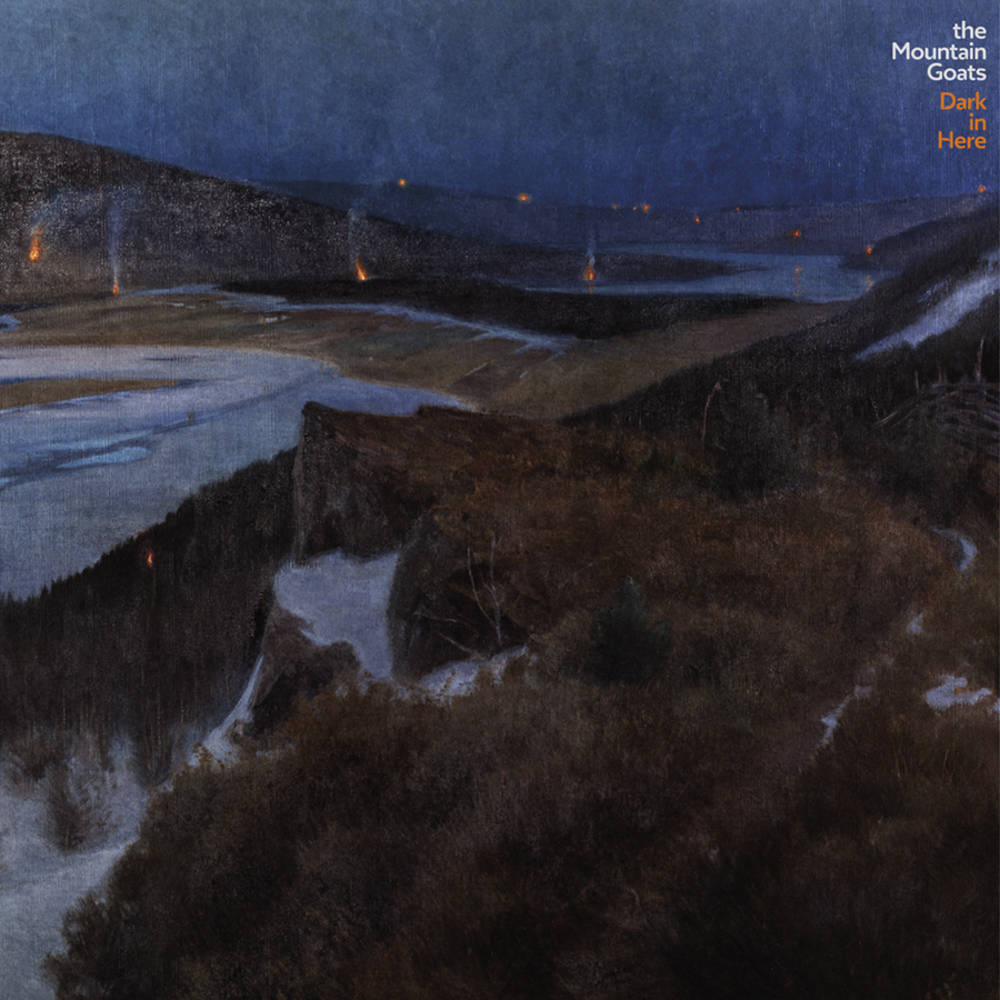 At last it can be told: the story of how, when The Mountain Goats got together in early March, 2020, it was to make not one album, but two. The idea this time around was to work with Matt Ross-Spang, the dashing Memphis wunderkind who'd engineered that album and charmed us all with his gentle wit and old-school savoir-faire. The Memphis album-Getting Into Knives, which came out last October-would be brighter, bolder, marked by rich and vibrant hues; the Muscle Shoals one-Dark in Here, set for release on June 25-quieter, smokier, but more deeply textured and intense. One of the words that John used when we were talking about the direction for Dark in Here was "wild," which I liked a lot. Not wild in the sense of abandon-these aren't those kind of songs. But wild in the sense of something undomesticated, untamable. Wild like the immutability of nature, the way it will take back any piece of untended space as it's own, whether amidst the AutoZones and Chick-fil-A's of Muscle Shoals or among the ruins of a scientific outpost on the Kola Peninsula. Wild like the whale; like a powerful animal. Or a virus-the beast that awakes, emerges from a forest, and stops the world. You can fight the calamity all you want, but either way, it's going to demand your surrender.